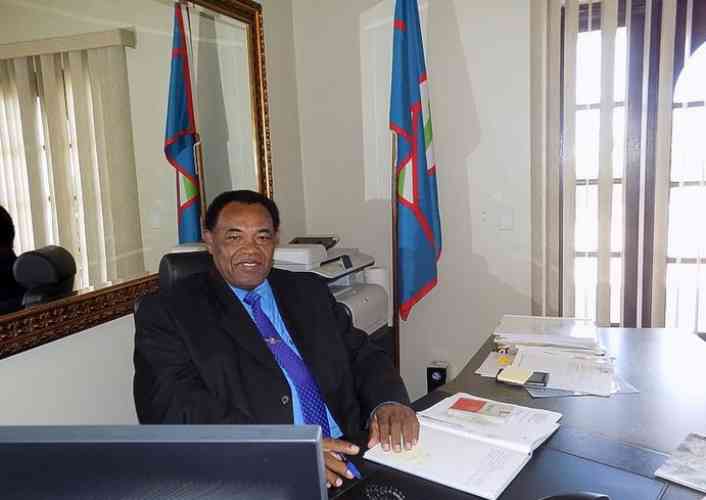 ST. EUSTATIUS–Former Commissioners in the Executive Council of St. Eustatius Charles Woodley and Derrick Simmons have repealed their claims against former acting Island Governor Julian Woodley, it emerged from a decision by the Joint Court of Justice on Friday.

In July 2017, Woodley filed for appeal against a verdict by the Court of First Instance of June 15, 2017, in which the Court stated that the acting governor is obligated to sign decisions by the Executive Council that have been adopted by a majority of votes.

These decisions concerned the suspension of the Harbour Master, the signing of the Waste Management Agreement, the co-signing of a letter to the Minister of Home Affairs and Kingdom Relations BZK, and the approval of an official mission by one of the Commissioners to The Hague.

According to the Court, there is no basis in the law on the Public Entities Bonaire, St. Eustatius and Saba WolBES for the acting governor to refuse to sign decisions that were taken by the Executive Council with a majority of votes.

The Court did not attach penalties to its order to the acting governor to sign the challenged decisions as it was of the opinion that it should be a matter of course for him to adhere to Court decisions. Woodley, however, was ordered to pay court fees to the Commissioners in the amount of US $5,000.

In October 2017, Woodley filed for appeal and called upon the Court to repeal the verdict and to declare the two former commissioners inadmissible in their claims and to order them to pay the legal fees attached to the proceedings. The case was heard in Statia on October 5, 2018.

According to the Temporary Law Task Neglect St. Eustatius of February 7, 2018, the Island Council was dissolved, the commissioners dismissed, and Governor Woodley honourably discharged.

By letter of September 11, 2018, the former commissioners informed their lawyers that as the result of their dismissal they no longer had an interest in this case which they wanted to discontinue, also because they lacked the resources. In response to questions posed by the Court of Appeals, they informed the Court that they would also drop all their monetary claims against the former governor.

In Friday’s decision, the Court ordered the former commissioners to pay the former governor’s legal fees for all Court proceedings, which were estimated at NAf. 6,169.

In its judgment the Court of Appeals did not address the merits of the case itself. “The question whether decisions can be made by the Executive Council outside a meeting without unanimity goes beyond the boundaries of this case and that of St. Eustatius, because the same issue takes place elsewhere in the Kingdom. However, whether the situation in Saba and/or Bonaire is sufficiently comparable to draw provisional conclusions which also apply to the situation in Bonaire and Saba, the Court cannot very well oversee,” the Appeals Court Judges stated.