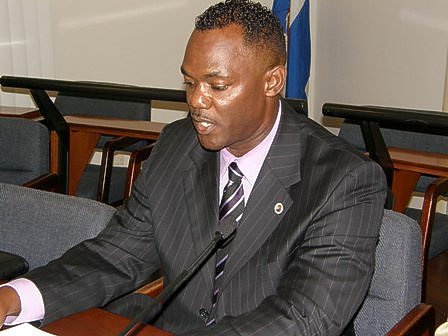 PHILIPSBURG–Former Managing Director of utilities company GEBE William Brooks was taken by death at his home on Sunday morning. Brooks had been battling a cancer for several years now.

Chairman of the supervisory board of GEBE Roy Marlin told The Daily Herald Brooks will be remembered for his contributions to the company first as managing director and then in his short stint as temporary manager earlier this year.

Marlin, on behalf of the supervisory board, expressed condolences to Brooks’ family, friends and former colleagues at GEBE.

Prior to working for GEBE, Brooks, an engineer, had worked in the Netherlands. He returned to his native St. Maarten and became the successor of the late Julius Lambert, the long-term managing director of GEBE in the late 2000s.

Brooks had served at the helm of GEBE on a five-year contract before he severed ties with the company in 2011. Brooks subsequently took up a position at St. Kitts Electricity Company SKELEC. He returned home last year and was again put in charge of GEBE as its temporary manager. However, his illness was a challenge in his functioning.

December 3, 2021
0
PHILIPSBURG--The government of St. Maarten, which regulates the prices for petroleum products, has reduced the maximum prices for gasoline and diesel fuel as of today, Friday, December 3.  According to an announcement by the Ministry of Tourism, Economic Affairs,...
Read more