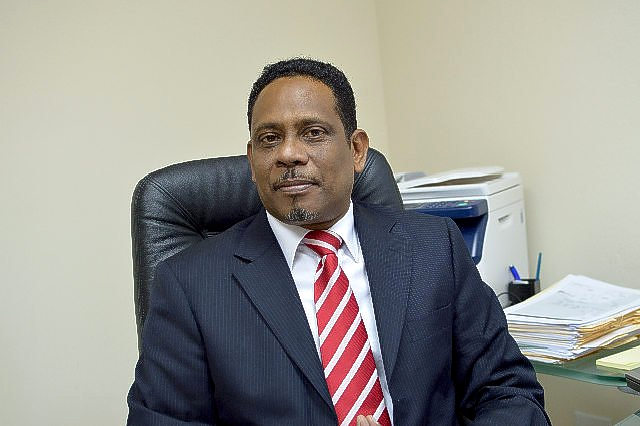 PHILIPSBURG–Former Director of Immigration and Border Protection (IBP) Service Udo Aron was arrested at his home on Wednesday morning, in connection with an investigation launched last year by the National Detectives and the Prosecutor’s Office. Former IBP Policy Advisor Erling Hoeve was also detained at his home by authorities. Hoeve presently works for the Ministry of Justice.

Aron became Director of IBP as per October 1, 2011. His authority to sign documents was lifted from May 13, 2016 after a report was filed concerning his possible involvement in human-smuggling. He reportedly allowed entry to a woman from the Dominican Republic who had no visa for St. Maarten at Princess Juliana International Airport SXM on May 5, 2016.

That day, Aron arrived at the airport in the company of the woman, walking past Immigration Officers, informing them that he had the situation under control. His subordinates did not comply with Aron’s statement and told him to follow correct procedures. After consultation with the Acting Head, Aron passed Immigration with the woman. Immigration Officers filed an official complaint and -after consultation with then Minister of Justice Edson Kirindongo- ordered an investigation and called for advice of the Solicitor-General.

Aron was banned from entering his workplace and all premises of the Immigration and Border Protection Service, and suspended from his job on June 22. On August 10 he was served with a ministerial memo in which he was informed that his labour agreement would be terminated as per October 1, 2016.

Prosecution Spokesman Gino Bernadina stated on Wednesday that searches are still ongoing and he could not speak about the case until a later time. The human smuggling case has been in the works since last year and the prosecution did not comment on whether there would be more arrests.