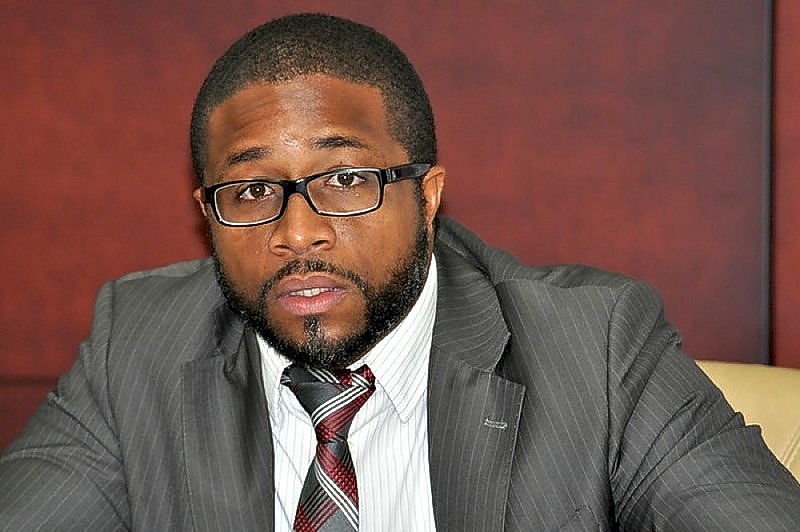 PHILIPSBURG–The hearing in the appeal against former Member of Parliament (MP) Romain Laville has been postponed until June 8. The investigation has been referred back to the Investigative Judge to hear former Minister of Justice Roland Duncan as a witness.

Laville was convicted by the Court of First Instance on August 24, 2016, to a suspended prison sentence of one month, on two years’ probation.

He was acquitted of two charges of threat in the so-called “Zeepaard” and “Sardine” investigations. In these investigations then MP Laville was accused of threatening former United People’s (UP) party’s Member of Parliament Jules James on June 11, 2012, and of steel pan icon Isidore “Mighty Dow” York, on November 28 of that same year. The Solicitor General explained that the appeal only concerns the illegal firearm charges and not the threats.

Investigators of the National Detectives Agency arrested Laville on March 26, 2015. During a search at his home two firearms with bullets were found and confiscated. Laville was released after several hours of questioning.

At the Court of First Instance, the Prosecutor’s Office had called for a prison sentence of 12 months, six of which were to be suspended, on two years’ probation, with 80 hours of community service, for all charges.

Laville had a firearm since August 2012. However, the licence expired December 31, 2012. Laville said he had applied for a new permit with the Minister of Justice, but had not been successful in obtaining one.

According to the Prosecutor’s Office, Laville was not entitled to a new licence as he had been the subject of a criminal investigation.

Laville, on the other hand, claimed there was no official gun policy. “I did exactly what I was supposed to do,” he told the Court of First Instance during his trial. He said he had kept his gun in his safe, but sometimes took it with him because he was threatened.

According to the Prosecutor’s Office, Laville had been entitled to carry a gun only in 2012. There was no evidence that the former MP had applied for a renewal in 2012. Only in 2014 had Laville submitted two applications for a new licence, the Prosecutor said.

Attorney-at-law Shaira Bommel claims her client had followed procedures and had been in possession of a valid permit for the weapon.

The Court of First Instance found illegal firearm possession proven, as it could not be ascertained that Laville had requested the renewal of his permit on time. “He should have known better and should have turned his weapon in,” the Court stated. However, considering the circumstances of the case the Court did not find an unconditional prison sentence warranted.

“While a gun policy is lacking in St. Maarten, one is not found guilty of not being in the possession of an illegal firearm; rather, one is found guilty of the fact that the first of three letters of my renewal to the Minister of Justice could not be found, while there is a witness statement confirming the submittal of all three renewal requests to the Minister,” Laville stated after his conviction.

His attorney called for the hearing of former Minister of Justice Roland Duncan as a witness to seek clarity on the question whether Laville had filed a timely request for the renewal of his gun licence. “St. Maarten does not have a gun policy, Mr. Duncan was busy drafting one,” Bommel told the Court in stressing the necessity to hear the former Minister as a witness. “Question is whether Laville had an illegal firearm in his possession without authorisation,” she said.

The Solicitor General said the request to hear Duncan should be turned down. “Laville stated himself that he received a call from the Police in 2014 informing him that he should turn his weapon in because he was a crime suspect.”

Bommel countered that only the Minister of Justice has the authority to file a request to hand over a weapon to the Police.

The Joint Court allowed former Minister Duncan as a witness. He is to be queried about the policy on firearms and about the question whether a person filing for renewal of his licence is authorised to keep the weapon in his possession.