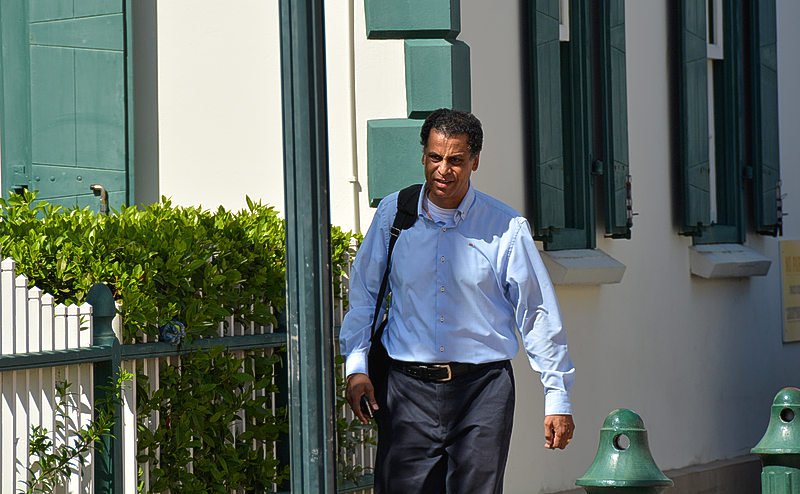 PHILIPSBURG–The Court of First Instance on Wednesday sanctioned the dismissal of former Kadaster Director Clemens Roos as per August 19, 2015, after it emerged he had kept information about his conviction of fraud in the Netherlands from his employer.

Roos has been employed by the St. Maarten Kadaster as Conservator of Mortgages (“Hypotheekbewaarder”) and as member of the board since September 2008. He was appointed Kadaster Director for a period of five years as per December 1, 2010.
In the proceedings, filed January 21, Roos requested that the Court of First Instance award him payment of his monthly salaries until the expiration of his contract on December 1, 2015, because the decisions by the Supervisory Board were illegitimate, and his contracts were illegally terminated. He also requested the Court to order the Kadaster to pay NAf. 66,000 in damages.
Roos was arrested in St. Maarten on June 24, 2015, on request of the Prosecutor’s Office in the Netherlands in connection with a pending sentence for having committed large-scale fraud with social benefits at the Social Insurance Bank to the tune of almost NAf. 90,000 in the 1990s.
Roos had failed to inform the Kadaster about his criminal past. Only after his arrest did it emerge that in September 2011, Roos was irrevocably convicted by the High Court in The Hague to 22 months, six of which were suspended, on two years’ probation.
However, on August 7, 2015, the Court in The Hague ruled in favour of Roos, who was held at Amsterdam Schiphol Airport’s detention centre. Based on this decision, the Dutch Prosecutor’s Office granted Roos a stay on the execution of his prison sentence until the expiration of his contract with the Kadaster.
In the meantime, the Kadaster had been advertising the vacancy and had sworn in Kadaster Manager Marcia Peterson as Acting Conservator of Mortgages, the second function held by Roos.
Contrary to Roos’ position in this case, the Court of First Instance did not find any deficiencies in the Kadaster’s decisions leading up to his dismissal. The Court arrived at the conclusion that the dismissal decision of August 19, 2015, was legally valid. Therefore, all of Roos’ claims were rejected.