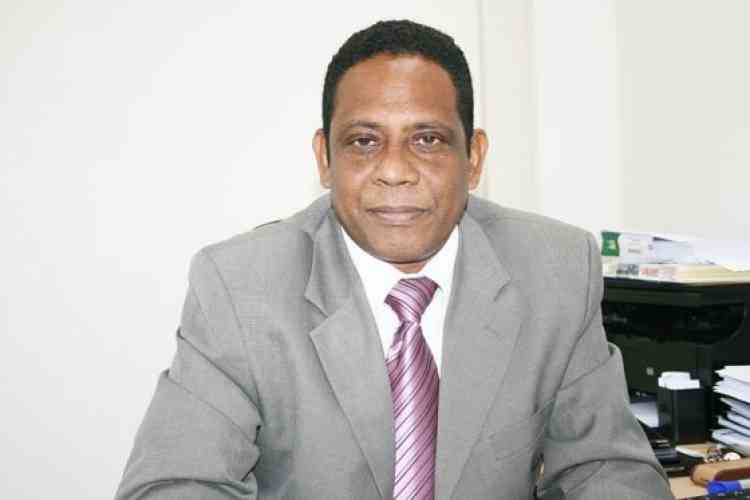 PHILIPSBURG–Former Ministers of Justice Roland Duncan and Dennis Richardson will be heard as witnesses in the criminal case against former Director of Immigration and Border Protection (IBP) Service Udo Aron (57) and policy advisor E.L.A.H. (39), the Court decided Wednesday.

Both men are charged with allowing several persons illegal entry into and transit through St. Maarten with the use of so-called “Decisions to Allow Entry,” (DTAEs) between March 18, 2016 and May 5, 2016, which is in violation of the National Ordinance Admission and Expulsion LTU.

During Wednesday’s procedural hearing, the two were also charged with the forgery of several documents, including DTAEs, travel- and identification documents in April 2016.

These documents included forged statements indicating that the minister of Justice gave permission to travellers to enter and/or being in transit in St. Maarten based on Article 3, Section 2 of the LTU, and that visitors were cleared for entry.

With the creation of the DTAEs, Aron and E.L.A.H. had misused their positions at IBP to “create and maintain” an “extra-legal” visa and admittance system, the Prosecutor’s Office stated in the indictment which was read out to the two suspects.

Aron was also charged with the illegal possession of two air-pressure guns which were found during a search of his house on August 10, 2016.

Aron had been IBP’s director since October 1, 2011. His authority to sign documents was lifted from May 13, 2016, after a report was filed concerning his possible involvement in human-smuggling as he had allowed entry to a woman from the Dominican Republic who had no visa for St. Maarten, at Princess Juliana International Airport on May 5, 2016.

He was suspended by then Minister of Justice Edson Kirindongo from June 22, 2016, and was dismissed on August 10, 2016, which his labour agreement terminated as per October 1, 2016.

According to Kirindongo, he never had any knowledge of the DTAE and said that IBP and its director were never mandated to use such a policy. Lawyer for the defence Brenda Brooks, however, claims that the DTAE policy exists as it was introduced by then Justice minister Roland Duncan after October 1, 2010.

Brooks called upon the Court to allow the hearing of a number of witnesses to provide clarity about the existence of the DTAE and about the regulations for transit visits. These witnesses were to include former ministers Duncan and Kirindongo and eight IBP officials.

Both defendants denied that they have acted unlawfully, but the Prosecutor called the DTAE a “mysterious” document. “No one is speaking of this document, except for the defendants. Minister Kirindongo said he never gave permission for such a document,” the Prosecutor said Wednesday.

Aron claimed that former minister Duncan had provided a mandate, but he added that he could not immediately provide the document.

The Prosecutor dismissed the requests to hear witnesses as irrelevant for this case, but Brooks maintained that the witnesses could prove that the DTAE was already in place prior to Kirindongo’s stint as minister of Justice, and even before October 10, 2010.

“Kirindogo also signed these documents,” lawyer Brooks told the Court. “Something is wrong here,” she said, insisting that Kirindongo, who had filed the report in this case, should be heard as a witness. “The truth must come out,” she said.

The Judge allowed the hearing of Duncan and Kirindongo, as both former ministers may provide clarity concerning the crucial question in this case, whether suspects were authorised to issue DTAEs and whether the ministers empowered them to do so.

The Judge also permitted the hearing of an IBP employee on the question how and in which form the DTAE system was used to issue permits for 24- and 48-hour transits and 10-day stays on the island. All other witness requests were turned down.

Attorney Shaira Bommel, who only recently took over Aron’s case from a colleague, was granted 14 days to file requests for additional investigations. The Court did not immediately set a trial date. The hearings will most likely take place between February and April 2019.

In December 2016, Aron lost the court case he filed against government’s decision for his dismissal. In this procedure the former IBP Director claimed he had not overstepped the boundaries of his authority, but the Court banned him from returning to his workplace.

The Court held it against Aron that he had abused his position and had thwarted the regular procedures for admittance. It is the policy of Country St. Maarten to prevent illegal residence, but through his acts Aron had in fact facilitated illegal residence, the Court said at the time.