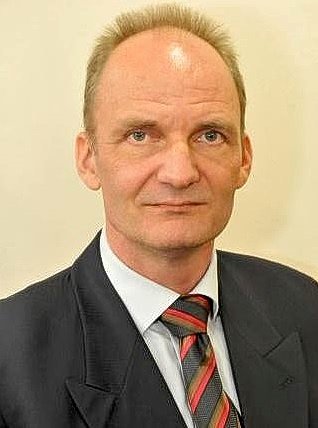 PHILIPSBURG–Former senior policy advisor to the Social Economic Council SER Arjen Alberts will have to wait for at least another six weeks in his legal battle against his dismissal as per July 30, 2015. The Court of Civil Servant Affairs on Monday declared the Governor’s decision to dismiss Alberts null and void, and ordered the Governor to make a new decision on the matter, based on the judge’s findings in this case.

Alberts was honourably discharged by the Governor of St. Maarten on July 30, 2015, and appealed that decision and requested the Governor to reconsider his decision because, in his opinion, the decision was not taken with due consideration of the applicable laws and procedures for dismissal.

Alberts also wants to remain in SER’s service, or to be transferred to another Government position, against payment of his salary and other emoluments and conditions, or to provide him with proper compensation for dismissal, in taking into account his years in Government’s service since September 2007.

Prior to entering into SER’s service, Alberts was Executive Secretary at the Sector Education and Programme Manager at the Directorate of Programmes and Projects.
Alberts ran into difficulties with his employer after a complaint was filed against him on April 2, 2014. In the complaint, a civil servant at the Ministry of Public Health, Social Development and Labour VSA claimed Alberts made condescending remarks during a meeting with a delegation of the Ministry on the pension system on March 20, 2014. Based on the complaint, the Minister of VSA stated the Ministry no longer wanted to work with Alberts.

According to the civil servant, he was falsely accused of making insulting remarks towards the people of St. Maarten and then Prime Minister Marcel Gumbs.
According to Alberts, one comment was made regarding the education level on St. Maarten and pension awareness, in which a colleague of his at SER had stated that a low level of education is associated with a low level of trust in institutions and generally with a low income level. Alberts claimed his colleague had only been stating facts and had by no means the intention to make any derogatory statements about the population of St. Maarten.

The Court agreed, and could also find no evidence of any such statements in the direction of the Prime Minister.

The policy advisor allegedly stated that the Prime Minister had broken the law. Alberts explained to the Court that he had said that the Prime Minister would be acting in contravention with the law in case he fails to act on something to which he is bound by law. In its ruling, the Court arrived at the conclusion that this was not an insult or a derogatory statement.

Via a memorandum of April 24, 2014, SER Chief Secretary Gerard Richardson, who was present during the Court proceedings together with SER chairperson Oldine Bryson, informed the SER Board that the entire SER Secretariat no longer wanted to work with Alberts, concerning his condescending attitude towards them.

Following a special meeting about the complaints and the disturbed working relationship between Alberts and the other workers at the Secretariat, the policy advisor was banned from the workplace as per April 29, 2014.

Alberts started working with SER as per February 1, 2012, and on June 19, 2014, he was informed by letter that the organisation had lost its trust in him and wanted to terminate him due to a “seriously disturbed working relationship.”

Alberts claimed the decision to dismiss him had been “carelessly” made, was improperly motivated and was in contravention with the principle to hear both parties involved.
The Court held it against Government that it had not followed a careful and transparent procedure to investigate the matter and had failed to hear both parties.

The Court said it was not unlikely that the motivation for Alberts’ dismissal would not hold in the administrative appeal and that his dismissal would possibly be reconsidered.
The judge acknowledged that, as it stands now, the working relationship between Alberts and the SER has been (seriously) disturbed, but found no evidence that this was primarily Alberts’ fault. Alberts, who was represented in this case by attorney Cindy Marica-Henderson, is to receive NAf. 2,100 from Country St. Maarten in compensation of legal costs. The Court’s decision is open for appeal.
Source: Daily Herald
Former policy advisor wins battle, not war against dismissal by SER