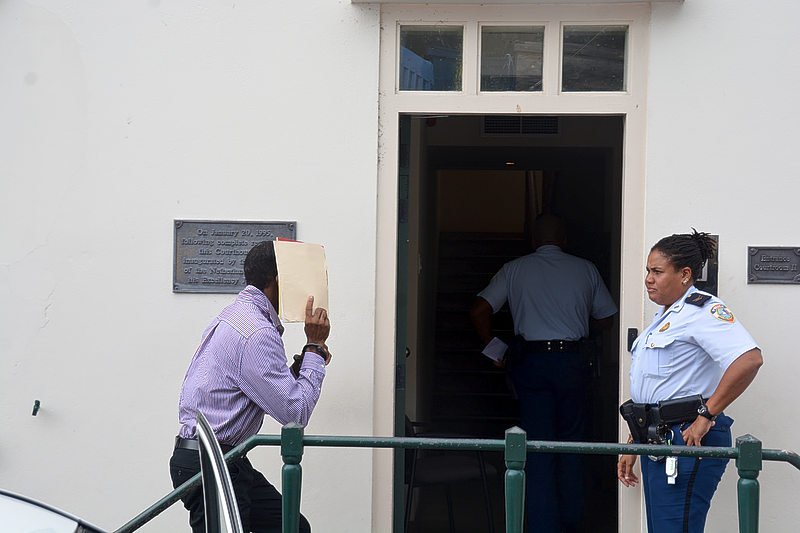 PHILIPSBURG–Former school principal C.C.H. (52) appeared in the Court of First Instance on Wednesday. He is suspected of lechery, assault and rape of three minor boys, and the possession and distribution of pornographic images. For these crimes, which took place in 2004/2005 and in 2015, the Prosecutor called for a six-year prison sentence.

According to the Prosecutor’s Office, the former principal of one of Methodist Agogic Centre’s (MAC’s) campuses actively groomed his victims through social-media chats, took them out with permission of their parents, bought them gifts, and took two of them to a deserted property which belonged to his wife. In one case he purchased a bottle of Desperado for one of his minor victims.

“The suspect abused the trust the minors had put in him as a school principal. The chats the suspect had with his victims had a highly sexual connotation,” Prosecutor Maarten Noordzij said during the hearing.

The case started rolling when the mother of one of the victims intercepted chats of a highly-sexual nature of the suspect with her son and filed a report against H. on July 23, 2015. Other victims reported themselves on a special tip line opened by the Court of Guardianship.

H. was arrested at his home in Dawn Beach on December 4, 2015, as a result of an investigation during which searches of his house and school office were carried out on September 18, 2015. Numerous electronic devices, such as computer, hard disks and an iPhone were confiscated.

The young victims were between 12 and 15 years old, but the former principal told the Judge he was surprised by the allegations levelled against him. “I am not guilty,” he claimed.

The case had tarnished his name and reputation, and he had lost his job and income, H. told the Court. “I have been a teacher and principal for 27 years with pride and enthusiasm. I never willingly caused harm to children who were put in my care. I never intentionally touched minors, et cetera. I apologise for offering a drink to a minor, but I refute all other allegations. It has been quite an ordeal for the past 12 months.” H. said.
In calling the defendant a “predator,” the Prosecutor said this concerned a very serious case in which the suspect had been hunting for very young boys to satisfy his own lust, for years.

Attorney-at-law Safira Ibrahim pleaded for her client’s acquittal as it could only be held against him that he had bought an alcoholic beverage for a minor. “My client vehemently denies all allegations of sexual offenses,” the lawyer stated. The Court will give its verdict October 19.
Source: Daily Herald
Former school principal facing six years for sexual misconduct