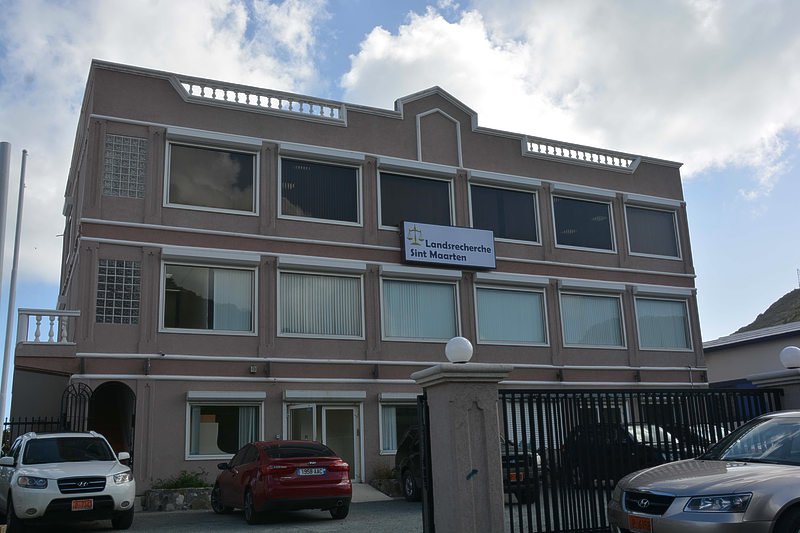 According to the Public Prosecutor, he is suspected of embezzlement and money laundering for the amount of NAf. 800,000, which took place from January 2011 to mid-2013. Money laundering is considered a continuous offence from which the suspect has possibly been profiting until today.

His house in Ebenezer, Cul de Sac, was also searched in connection with the ongoing investigation called “Tarpon”, led by the National Detective Agency.

A search was also done at a hotel room and at a moving company. Documents, money, valuables, a car and data carriers were confiscated. No one at either the hotel or the moving company is suspected in the investigation.

In 2013, Dutch newspaper De Telegraaf reported that the VDSM chief went into hiding in Tamarind Hotel for four months in 2012, for fear of an attempt on his life by “murderous drug criminals,” they reported. The suspect had also ordered the construction of a security wall around his house. The cost of the wall’s construction and his hotel expenses were borne by VDSM.

The former VDSM chief was allowed to declare expenses made for his personal security, but the amounts – for example, where hotel cost is concerned – are being contested by Government Accountants Bureau SOAB. These investigations, in which possible financial misappropriation within the VDSM was described, were the reasons the VDSM chief was suspended.

He claimed at the time that he spent US $32,000 on the hotel during his hiding period. The hotel bills, which De Telegraaf claims to have in its possession, only amount to $14,000. According to the hotel, the bill is not yet fully paid. De Telegraaf continued to report that “observers” said he had been suspended after he uncovered corruption among government officials with ties to a “notorious Italian businessman.” He allegedly created bad blood after he issued a negative advice concerning the businessman’s appointment to an “important financial institution.”

Tamarind Hotel’s management vividly remembers the former head’s stay. “The family stayed in Room 54, our largest and best unit. They really made a dirty mess. During the three years I’m working here, we have never had to polish that long to clean a unit again,” Tamarind management was quoted as saying.

Former Prime Minister Wescot-Williams stated in July 2013, that SOAB investigations had uncovered irregularities in the VDSM budget and that “considerable expenditures” were not accounted for. According to her, the first signals about possible embezzlement and corruption within VDSM had already surfaced in April.

J.A.J.R. is currently detained while the investigation continues. More arrests are not excluded.