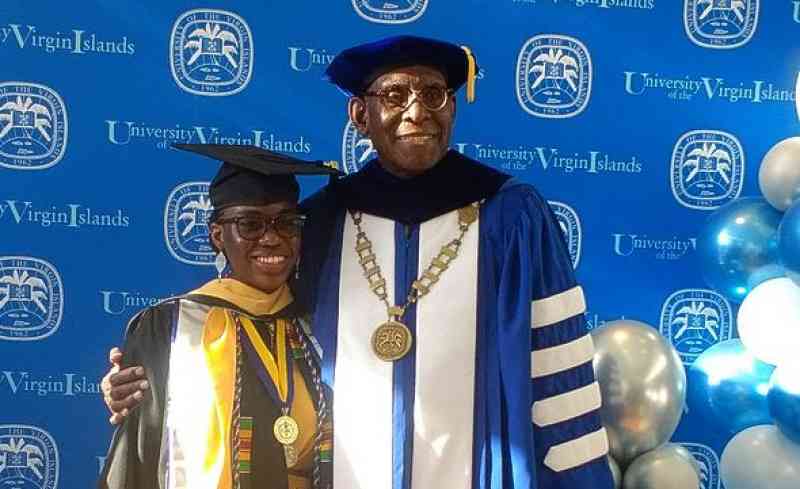 PHILIPSBURG–Former St. Dominic High student Alexandria Baly-Stanford graduated with honours from University of the Virgin Islands on May 17.

She has been awarded several scholarships and awards during her four years in university including American University of the Caribbean (AUC) School of Medicine scholarship sponsored by University of St. Martin and AUC, the UVI Scholarship, Hazel Fleming Scholarship, Malik Sekou Political Science Award, the Barnett Frank award for Highest Grade Point Average (GPA), the Social Science Award and Deans List during her four years. She was also Class President of the 2019 graduating Class, a member of the Golden Key International Honours Society and Senior Senator of the Student Government Association.

Her parents are Alexis Stanford and Felicia Baly-Stanford.