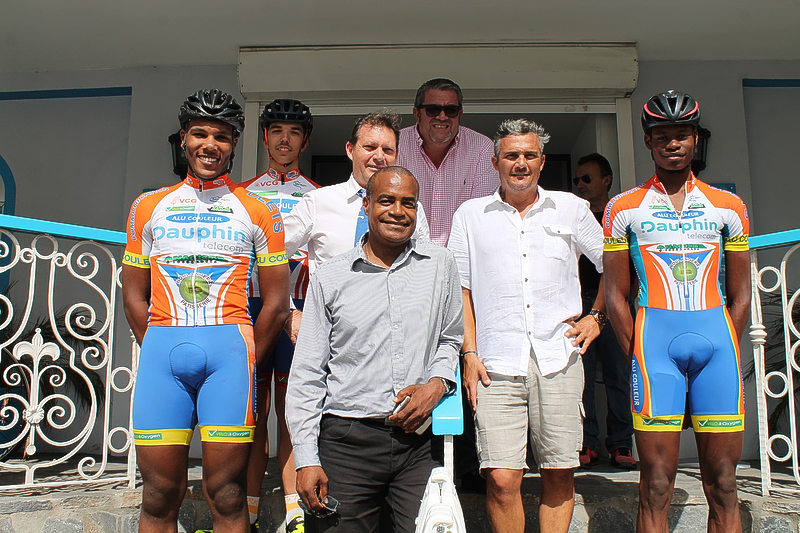 Rousseau is continuing to train in Guadeloupe and France in his quest to turn professional.

Virenque, now 47, is remembered for winning the King of the Mountains jersey a record seven times but more infamously for being a central figure in the 1998 Festina doping scandal. He finished twice on the podium of the Tour de France (third in 1996 and second in 1997).

He won several stages on the tour including Mont Ventoux in 2002. He is the 18th rider in the tour to have won stages over 10 years apart. He retired in 2005.

The teams he rode with include Festina, RMO, Polti, Domo Farm Frites, and Quick Step Davitamon.

He disclosed he arrived on island about a month ago and is staying on the Dutch side where he owns a property.

“I live in Belgium now and am doing consultancy work for my sponsor Festina Watches doing publicity and promotion,” Virenque said. “There’s a possibility Festina is going to do something in the Caribbean with which I will have a role.”

He disclosed these days he works as a commentator and reporter for the cycling programme “Le Roi de la Pedale” covering the major cycle races. While in St. Martin he will be travelling back and forth, and leaves in March to prepare for the Paris-Nice classic.

Asked if he would be riding and following local races, he said: “Yes, I will from time to time. I’ve noticed here that the hills are short and steep.”

VCG co-founder René Arnell took the opportunity to inform the public and parents that on Wednesdays, Thursdays and Friday up until December 30, young riders will meet at the Cultural Center in Grand Case at 9:30am.

Wednesdays is for mountain bikes, and Thursday and Friday for road bikes. The training programme is being organised by VCG in conjunction with Semsamar.