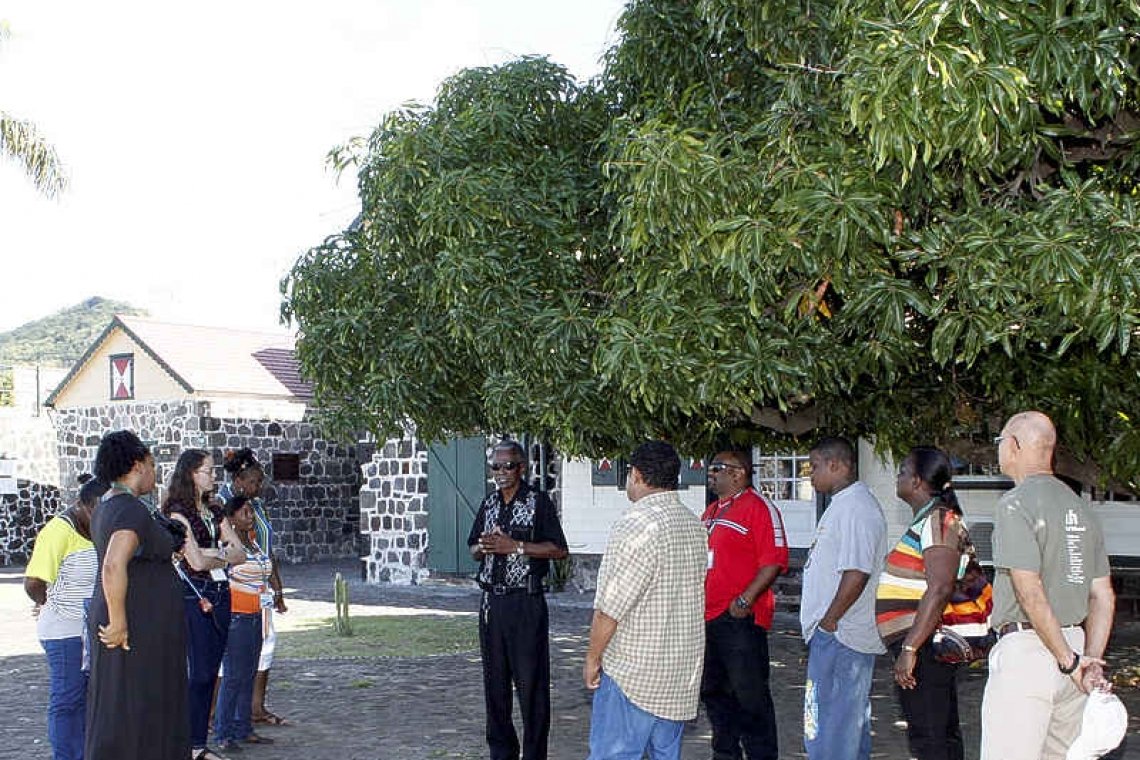 He was also the foundation’s main tour guide. Even after retirement, he continued to provide tours for STDF.Lopes had a strong passion for tourism, culture and history. On his retirement Lopes became a member of the Tourism Board. He was the face of the Tourism Office and made direct contact with tour operators, freelance writers, important guests and tourists to the island.

After his retirement he worked during the weekends as visitors’ officer at Franklin Delano Roosevelt Airport.As part of his duties at STDF, Lopes travelled to a multitude of trade shows, such as the New York Trade Show, ITB World Travel Market in Berlin, Germany, and Vakantiebeurs in Utrecht, the Netherlands.Lopes started his working career at Landsradio telecommunications and also worked at the Finance Department. He was also known for his religious dedication and his philanthropic efforts working with Seventh-Day Adventist Church, and was a member of Three Angels band, which played at many funerals in Statia.

He was the son of the late Vincent Astor Lopes and the brother of Acting Island Secretary Malvern Dijkshoorn-Lopes.