Home Headlines & Top Stories Former Windward Roads director claims he may have been ‘naïve’ | THE... 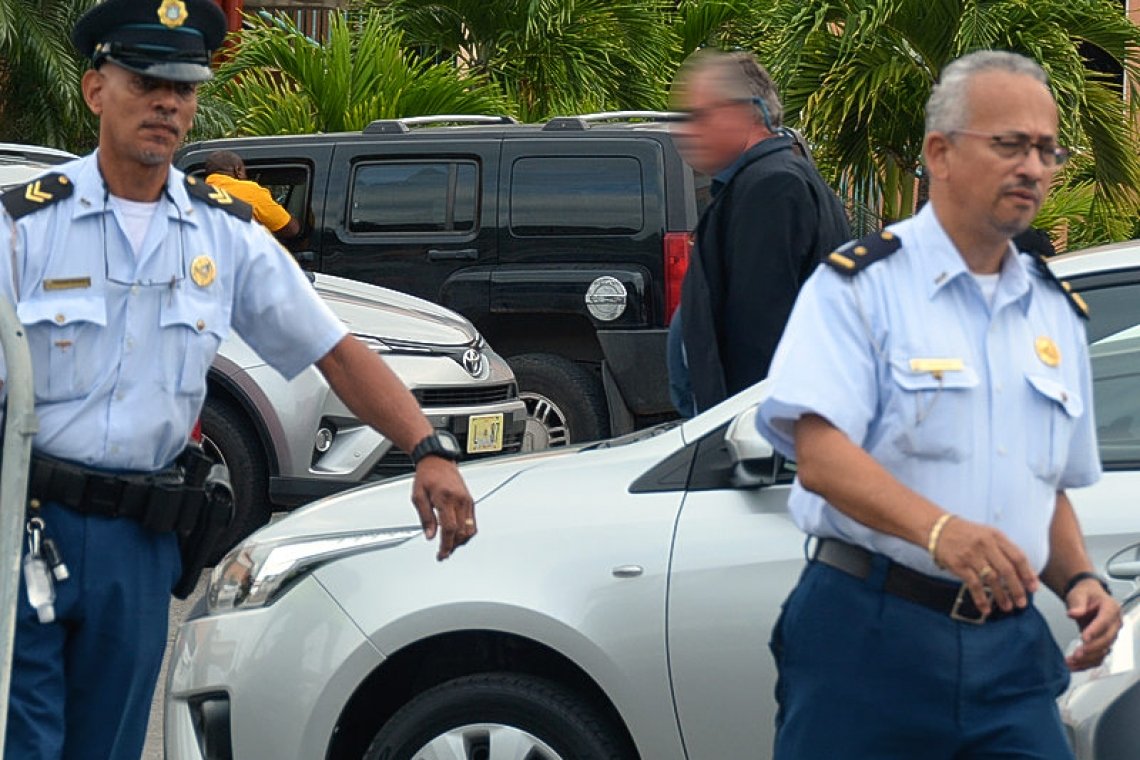 BELAIR–Former Windward Roads (WWR) director J.B. claimed he had no knowledge of the paying of bribes by construction companies to consultant R. M. and former politician Theodore Heyliger, who are also his co-suspects in the Larimar investigation.

In exchange for the bribes, construction companies, including WWR, were awarded government contracts for primarily infrastructural projects. WWR was founded in 1986 and is part of Janssen de Jong Caribbean. With B. at the helm the company is accused of having paid some US $1.8 million to Dutch consultant R.M., who was not present during the second day of hearings at the Belair Community Centre on Tuesday.

Of these payments which took place between 2004 and 2014, some $850,000 allegedly went to Heyliger, as well as $40,000 in connection with the purchase of the “Mullen” property. The payments were made to persuade him to award government contracts to the company.

Former WWR director B. (56) faces an extensive list of charges. The first two relate directly to the amounts mentioned under the first charge against Heyliger (see related story), including the payment of in total $1,847,685 and the repairs done to the politician’s private home to the tune of NAf. 135,292 to be awarded one or more public construction projects.

He is also accused of falsifying numerous invoices over the period June 17, 2013, to December 31, 2015, to pay a number of companies a total of $627,726 for fictitious work never carried out on behalf of Windward Roads for harbour projects. This charge originates in the so-called “Emerald” investigation.

B. told the court that he had terminated the company’s business relation with M. in 2011, after M. wanted an increase of his consultancy fee from the regular three per cent to four per cent “because Heyliger wanted more money” in connection with the causeway project. “Giving him four per cent would mean that there would be nothing left for me anymore,” B. said.

According to M., Heyliger received regular payments during meetings at the WWR offices. B. said he had not been involved in or aware of payments, although he admitted that in hindsight he may have been “naïve” as he was “still young and inexperienced.”

“I saw an envelope now and then, and they were always being difficult and secretive about drawings and papers which were to be picked up in their cars,” he explained to the judge. “If I knew what was going on they would not have to be so secretive about [the payments – Ed.],” B. said about the frequent meetings between M. and H. at WWR.

B. denied he had been aware of these payments, as M. had claimed. “M. did not talk about such things, and I didn’t either,” B. said.

B. was WWR’s project leader from 1989 and became the company director in 2005. He said he was aware of the consultancy agreement and said he had used M.’s knowledge for information about projects and about “how things are being done here on the island.”

He said mother company Janssen de Jong, which he described as a “very honourable” company, did not have a compliance policy or rules for working with “agents.”

Pertaining to the repairs to Heyliger’s home, B. said this had nothing to do with bribery. The politician was a “difficult debtor,” who left his debt open for years.

He said his relationship with M. had gone sour after Heyliger came to him for money because he wanted his share in the causeway project in connection with M.’s consultancy fee.

“He [Heyliger] visited me six times and threatened that WWR would not be awarded any projects anymore.” B. ultimately  gave in and paid off Heyliger. M. was to return the money involved to B. from the sale of his home in French St. Martin, but to date the house had not been sold.

Heyliger denied these allegations and said he had only visited the company in connection with labour for locals.

B. said the causeway payment might have involved bribes, “but I had nothing to do with that, and I didn’t want to know that at all.”

He said that he had been blackmailed and pressured by Heyliger and said he had made “provisions” because he feared that the company would perish and employees would lose their jobs.

B., described by his lawyer Robbert de Bree as having a “very closed” personality, said the third charge involving defrauding his company out of $347,059 and 8,000 euros concerned loans for the purchase of real estate in the United States in connection with his divorce, the division of property and the preparation of a will.

As to the falsification of invoices for work at the harbour, B. said that work had been performed, but not within the scope of work agreed with WWR. He said he had felt intimidated by Checkmate Security director and harbour “agent” O’Neal Arrindell to increase the amounts on invoices to be sent to the harbour.

“It made me feel bad, but the alarm bells did not go off until detectives showed me the invoices which were sent to the harbour,” he said.

In his last word, B., who was overpowered by emotion, told the judge that the past eight years had not been the best of his life.

The prosecutor will formulate the demand in his case today, Wednesday.