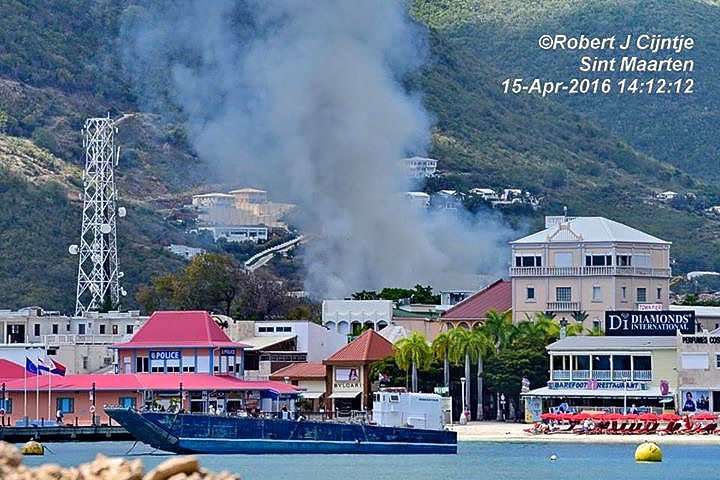 PHILIPSBURG–Of forty per cent of the 500 people surveyed by Nature Foundation about the effect of the constant landfill (dump) fires have reported they sought medical assistance, because of health complications arising from the fumes. The survey was conducted in all districts of the country.

The results of the survey, released by the Foundation over the weekend, also showed 73 per cent of all respondents had burning in their eyes, nose or throat. Half of those surveyed complained about trouble breathing due to the fumes coming from the landfill, experienced burning, watering eyes because of the toxic fumes and uncontrolled coughing.

The survey found 35 per cent of respondents frequently experience negative effects throughout the year from fumes coming from the landfill and 30 per cent experienced nausea combined with vomiting.

Tadzio Bervoets of Nature Foundation said: “We were all aware that the fumes caused by these fires negatively affect the population. Now with these results we can show what some of the things are which the community is faced with when fires at the dump happen.”

“We must also realize that, not only does smoke from the fires affect the health of the population, but the landfill is constantly off-gassing which also raises health concerns,” he said.

The Foundation has communicated the results of the survey to decision-makers and supports continuing efforts to urgently address the issue of the Philipsburg landfill. “Things seem to be moving, because of the significant concerns raised by the population. It is the hope of the Nature Foundation that a solution to this serious health issue is arrived at urgently,” he said.