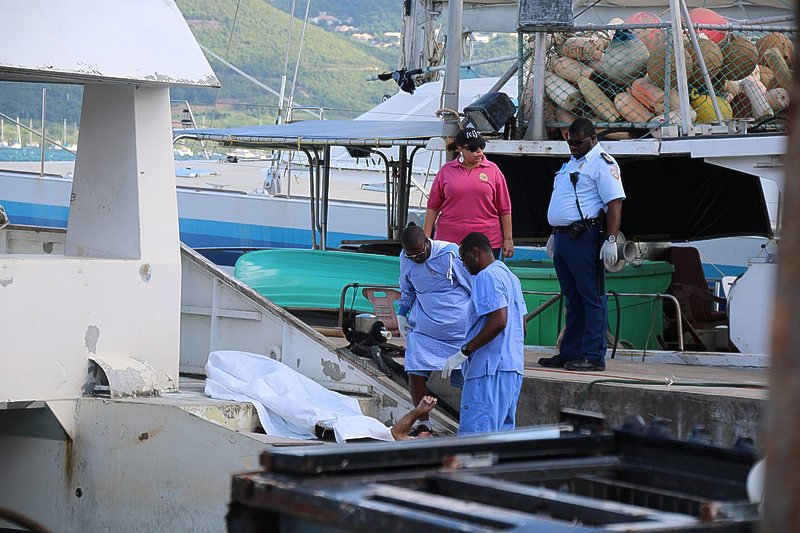 PHILIPSBURG–Foul play has been ruled out as the cause of death of the man, whose body was found floating in the Simpson Bay Lagoon on Sunday, December 11, around 9:30am.

The body of the man – a British national named Russell Frank Hodgson, born on November 30, 1945 – was found in the Simpson Bay Lagoon near Pink Iguana Restaurant on the Airport Boulevard. The lifeless body of the man was pulled out of the lagoon with the assistance of the Coast Guard.

Acting Police spokesperson Steven Carty said in a police press release on Monday that the body was confiscated for further investigation after it had been examined by a forensic doctor. He said also that there was no indication that foul play was involved in his death. A search of the man’s clothing revealed a British driver’s licence and passport carrying the name Russell Frank Hodgson. The body was transported to the Royal Funeral Home.

Carty said witnesses were questioned and contact has been made with members of Hodgson’s family, who are expected to arrive on the island so that the body can officially be released.