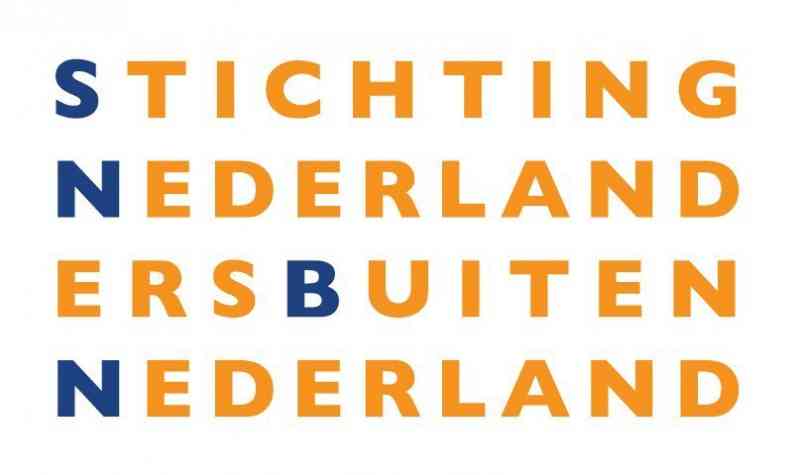 The winning logo of Foundation Dutch Nationals Outside the Netherlands (“Stichting Nederlanders Buiten Nederland” SNBN) was selected from 48 logos that were submitted by Dutch persons living throughout the world.

NEW YORK/THE HAGUE–On a mission to fight for the rights and interests of about one million Dutch citizens living abroad, eleven Dutch nationals have decided to create a foundation which will be officially presented in The Hague on April 18.

Dutch emigrants, expats and students living abroad are invisible ambassadors of the Netherlands, yet they often feel treated as second-class citizens, having to deal with different issues that Dutch citizens living in the Netherlands don’t experience.

“Problems with voting ballots, ridiculously high prices to extend a passport due to the lack of consular services, the involuntary loss of Dutch citizenship and the obstacles to get an old age pension,” explained Chairman of the new Foundation Dutch Nationals Outside the Netherlands (“Stichting Nederlanders Buiten Nederland” SNBN) Eelco Keij.

The 11 members of the SNBN board live in four continents. Four members live in the United States, two in Switzerland, two in Belgium, one in Australia, one in Ecuador and one in Kosovo.

Nine board members are a member of a political party in the Netherlands. But the board members are not in the SNBN foundation for political reasons: the organisation is independent, politically-neutral and has as objective to defend the interests of Dutch nationals abroad in the broadest sense of the word.

The foundation is the first of its kind for Dutch nationals living abroad. “These kinds of lobby organisations are very common in countries like Belgium, Switzerland, Denmark and France,” said Keij, a former candidate on the Dutch Democratic Party D66 list for the elections of the Second Chamber of the Dutch Parliament.

SNBN chooses to go about its mission with the combination of independence and political accessibility. And, even though nine of the 11 board members have a party membership of the liberal democratic VVD party, the Christian Democratic Party CDA, D66, the green left party GroenLinks, the Socialist Party SP, the Labour Party PvdA, the ChristianUnion, 50Plus and the Forum for Democracy FvD, no political party has a say in the composition of the board or the foundation’s activities.

All board members fulfil their tasks on a voluntary basis. Revenues for activities will be generated through fundraising. On April 18, the foundation will present itself in The Hague to the press, civil servants and politicians.