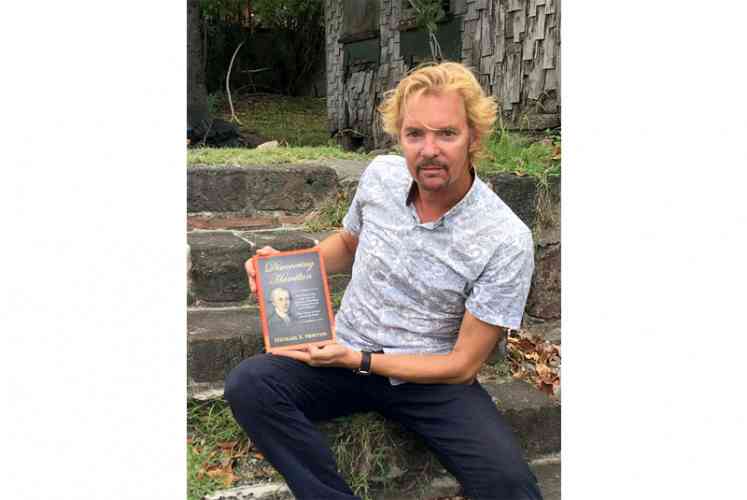 Historian Michael Newton, author of the new book Discovering Hamilton, delved into archival material untapped so far and found out that Hamilton spent an important part of his formative years on the Dutch Caribbean island.

“It is an exciting discovery, and how appropriate that the man who was to become the first Secretary of the US Treasury and founder of the US financial system grew up on the island that was then the commercial hub of the Americas. It is exciting to realise he walked on our streets, passed our buildings.

“And one of his fondest childhood memories can now be situated on St. Eustatius: the teacher whom he remembered so well was most likely a Jewish lady who taught him right here on our island,” said local historian and St. Eustatius Historical Foundation secretary Walter Hellebrand in a response.

“Two other Caribbean islands that are closely connected to [Hamilton’s – Ed.] life, Nevis and St. Croix, are already experiencing the effect of his new status as a hero of popular culture, so I believe that we in St. Eustatius may also be able to generate new interest in the historical gem that we are,” Hellebrand said.

He is currently planning a visit to Statia by the chair and two board members of the Alexander Hamilton Awareness Society. They were the ones to alert him about the island’s connection with Hamilton.

The Society cooperates with the US National Park Service in connection with Hamilton Grange National Memorial – the house Hamilton built in Manhattan, New York – and with the Hamilton Museum in Nevis, where his mother’s family resided.

According to Hellebrand, the Hamilton Society is “very excited” about this new light shed on Hamilton’s life and is “eager” to explore the possibilities of cooperation with organisations in Statia to make the island an integral part of the Hamilton story.