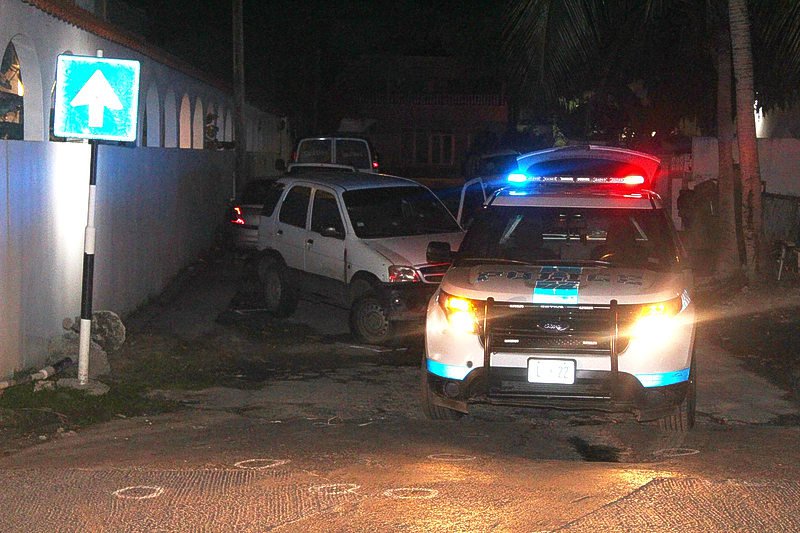 PHILIPSBURG–Four young suspects ranging in ages from eighteen to twenty years will have to stand trial June 22 on a number of armed robbery charges, the Prosecutor informed them during a so-called pro-forma hearing Wednesday, at the Court of First Instance.

Main suspect B.B. (19) will be charged with involvement in an armed robbery committed at a home on Agave Road in Pelican on December 7, 2016. During the robbery the victim was tied up, beaten and threatened with a firearm. Several goods were stolen among which were bank- and credit cards. He will also be charged with deprivation of the victim’s liberty and with being an accomplice to the theft of money from the victim’s bank account with uses of the stolen cards.

In reading out the indictment, the Prosecutor also mentioned the armed robbery of two Dutch tourists on Kim Sha beach on January 22. It was added, however, that the Prosecutor’s Office would call for an acquittal for this charge for lack of evidence, “unless a confession or something like that would follow,” the Prosecutor added.

B. is also held as an accomplice in an attempted robbery at Boardwalk Boulevard on March 4. He will be charged with theft, violence and extortion for this alleged crime, during which he reportedly used a knuckleduster.

The summons against the other three suspects are largely the same. Suspects D.R.W. (20) and A.D.H. (18) are both suspected of involvement in the Pelican robbery and deprivation of liberty. They are also suspects in the armed robberies of Yan Yang supermarket in Sucker Garden on January 23, and one day later of Wah Yung supermarket in Cole Bay.

W. and V. were both arrested January 27 during an armed robbery at Fai Wang Chinese restaurant in Cole Bay, during which three suspects were caught red-handed after a shootout with the police.

Suspect J.S.V. (19) is considered an accomplice in the supermarket and restaurant robberies. The Prosecutor’s Office is holding him as the driver of the getaway car and not for one of the robbers. He will also be charged with illegal firearm possession.

The hearing of these cases was postponed until next month as the Prosecutor’s Office is still waiting for B’s DNA results that are forthcoming from Netherlands Forensic Institute (NFI), and the case files are not yet complete. Another reason for the delay was that the suspects’ lawyers were not present Wednesday, as their strike for payment of their pro-bono fees by Government is still ongoing.