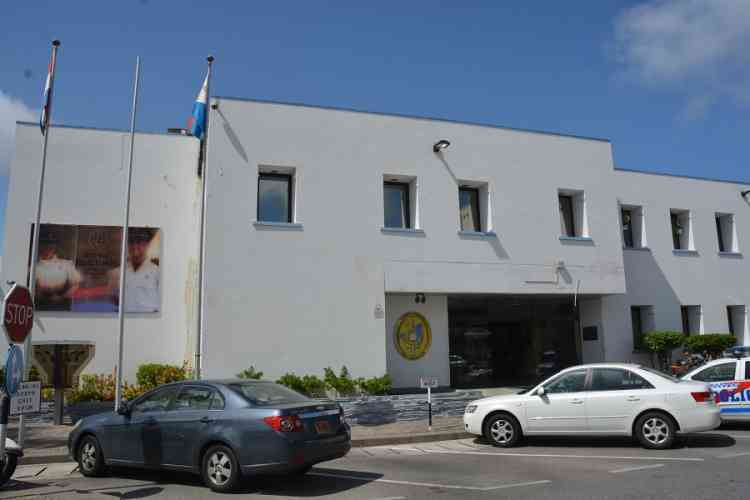 PHILIPSBURG–Police announced on Tuesday that they are investigating the attempted armed robbery of a man on Oyster Bay Road, close to Princess Heights resort, at 10:00pm February 25.

According to the victim, while riding towards Princess Heights he was attacked by four men on two scooters who threatened him with a firearm and tried to take his scooter from him.

The police were immediately informed of the situation and were given a description of the suspects and scooters they were riding. All patrols on the street at the time were informed of what had taken place and started a search to locate the suspects in this case.

Shortly afterward a patrol in the Sucker Garden area saw two scooters on which four men were riding fitting the description of the suspects in question. The suspects increased their speed and started fleeing when they noticed the police intended to stop them.

The patrol started to chase the scooters, at which time one rider lost control of the scooter and fell to the ground. Both suspects got up and took off running through the area, leaving the scooter behind, while the other two suspects on the other scooter continued fleeing from the area. The two suspects on foot were caught and arrested shortly afterward.

These two suspects, D.M.A. and A.M.R., were taken to the police station and placed under arrest. The scooter was confiscated as evidence for further investigation.