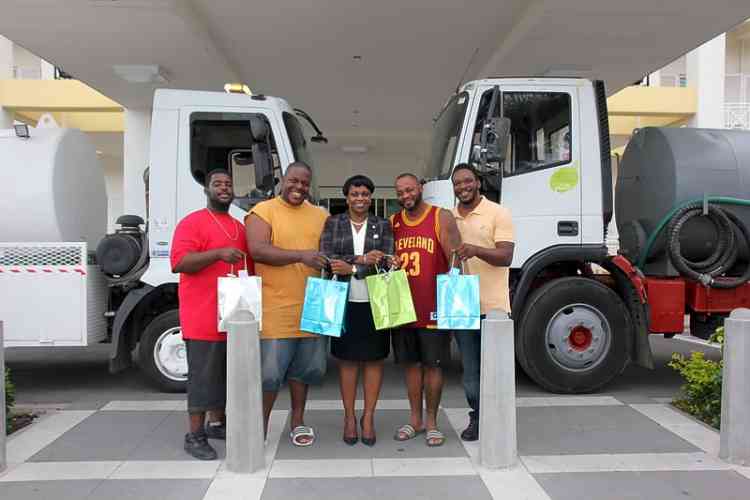 Prime Minister Leona Romeo-Marlin joined the Fire Department in thanking the four drivers of two water trucks, Steve Le Grand, Francisco Webster, Ricardo Brooks and Gerald Brooks, who took the action of putting out the fire at the Belvedere residence on Tuesday. Romeo-Marlin said, “On behalf of all involved in this incident, I take this opportunity to thank you publicly for your quick thinking and decision-making that may have prevented the fire from getting out of hand.” She invited the four heroes to the Government Administration Building to present them with a token of appreciation on behalf of the people and the government of St. Maarten.