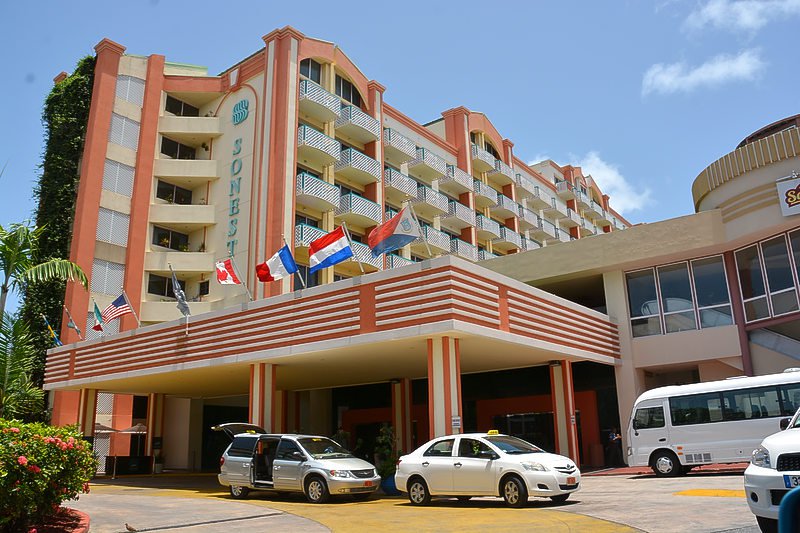 PHILIPSBURG–Four per cent of the Sonesta Maho Group workers have filed an injunction against the company, the Windward Islands Civil Servants Union/Private Sector Union (WICSU/PSU) and Government to contest the moves by Maho to transfer them into a new company.

Sonesta Maho Group President and Chief Executive Officer (CEO) Saro Spadaro told The Daily Herald on Wednesday that 20 of the company’s 486 workers (4.1 per cent) filed the injunction. Of the 20 workers, 19 are from Casino Royale and one is from the Resort. The hearing had been postponed at the workers’ request once and will be heard today, Thursday, July 7.

Spadaro had told this newspaper earlier that as The Maho Group continues to “grow and prosper” with its new real estate developments and business opportunities in other destinations, the Group decided that a re-organisation of the company was necessary, thereby creating operating companies for each facet of its hospitality ventures, each of which are wholly-owned subsidiaries of Resort of The World NV.

All workers were being transferred and all staffers will maintain 100 per cent of their seniority and accrued rights and benefits. The process started six months ago and has been carried out by the Group’s managers, attorneys, Labour Mediator Rafael Boasman, the legal advisor to the Ministry of Public Health, Social Development and Labour VSA, and WICSU/PSU.

Spadaro said that on June 22, Maho Group had a meeting with its team members who had concerns or who had hired legal counsel to review their transfer agreement. Also present at that meeting were the workers’ legal counsel, Boasman and the WISCU/PSU.

“During these individual meetings Mr. Spadaro asked some of the plaintiffs if they were aware that a case had been filed and they advised him that they were not aware. They did not want to go to court and they were wholly satisfied with the agreement and they simply wanted to meet with him and sign the agreement,” Spadaro said.

Parties requested a postponement of the injunction hearing, which was granted and the new hearing will be held today. Spadaro said to date, 90 per cent of the Maho Group’s employees have signed the new agreement. WICSU/PSU and the Ministry of VSA “are all in agreement that the process put forth by the Maho Group was correctly executed.

The Maho Group believes the employees are being misinformed and the injunction is not based on valid legal or factual grounds and looks forward to clarifying its position in court.”