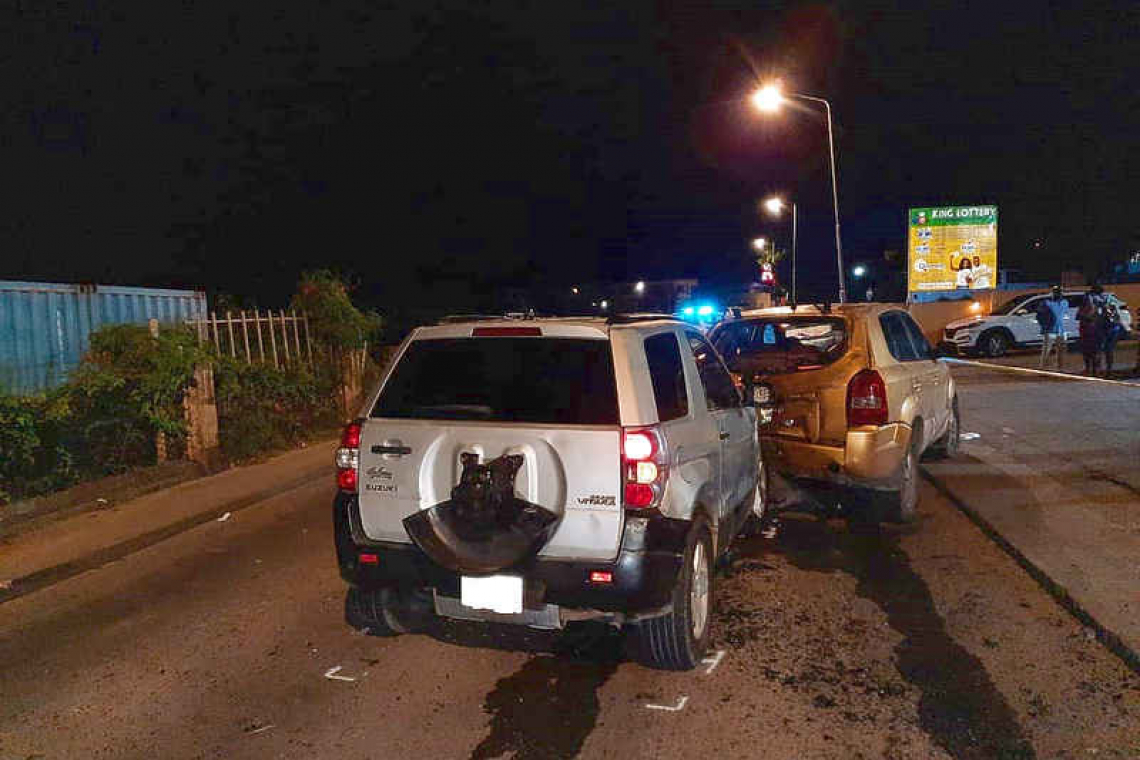 CUL DE SAC–A series of traffic accidents on L.B. Scott Road in front of City Furniture around 11:35pm Saturday left one man injured and in need of medical attention. The incident involved four vehicles in total.

A purple Hyundai i-20 was travelling on L.B. Scott Road toward St. Peters on the night of the incident. At the same time, a gold Hyundai Tucson was heading in the opposite direction on L.B. Scott Road, toward the Carrefour roundabout.

The purple sport utility vehicle (SUV) tried to make a left turn onto a side road next to the furniture store and did not give right-of-way to the oncoming Tucson, which resulted in the two vehicles colliding.

While the drivers of these SUVs were on the phone with police and roadside services, a grey Suzuki Grand Vitara slammed into the back of the now-stationary Tucson. The Suzuki driver was travelling toward Carrefour roundabout “at a high rate of speed,” said police in a press release on Tuesday.

The impact of the second crash jolted the Tucson forward and it hit a white pickup truck that was manoeuvring around the scene of the accident, heading toward St. Peters.

The driver of the grey Suzuki sustained several cuts on his head in the accident. Ambulance Department personnel treated him at the scene and transported him to St. Maarten Medical Center (SMMC) for further care.

A photo of this four-vehicle incident also appeared on page three of the Monday, June 14, edition of The Daily Herald.