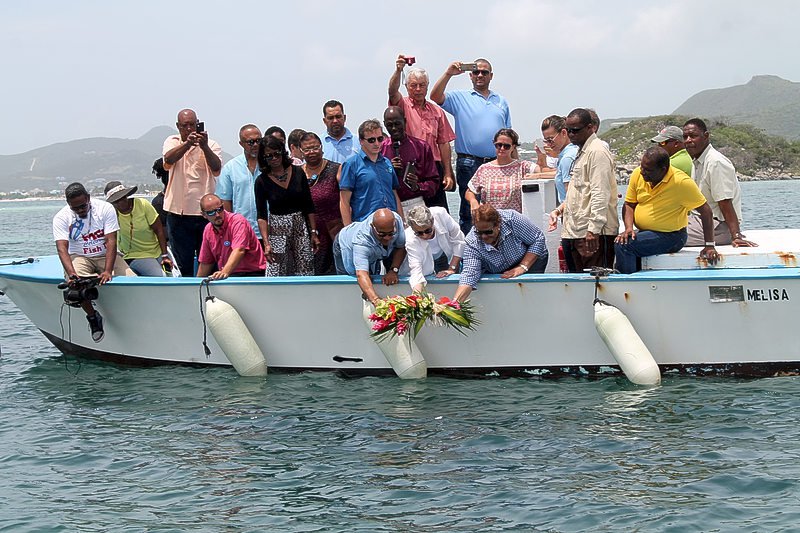 MARIGOT–The fourteenth edition of Fish Day started in the traditional way on Sunday, with recognition of four of St. Martin’s fishermen, three of whom were present for the early morning ceremony.

The honourees included Alton Manuel, George Gumbs, Joseph Hodge and Daniel Paines who was absent. They were each presented with a certificate by an elected official recognising their contribution to the community. 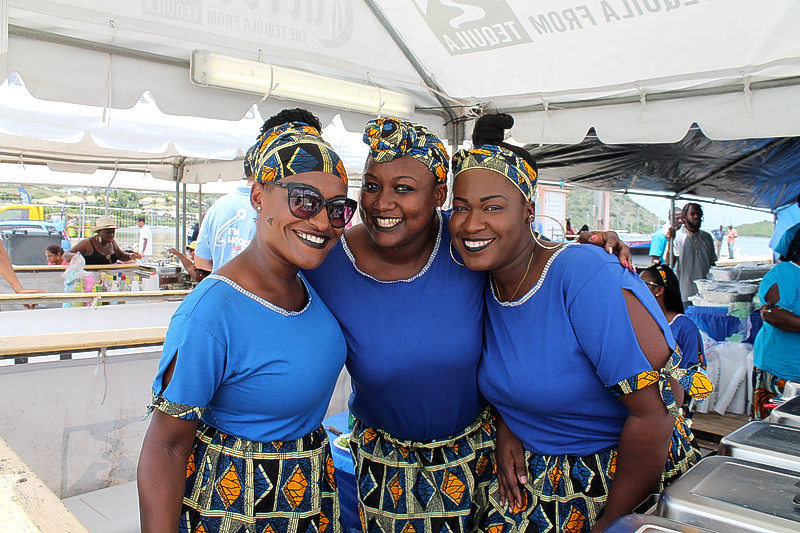 Each recipient spoke a few words on receiving their certificate after a biography of their achievements was read out.
President Aline Hanson in her remarks reminded that Fish Day attracts around 10,000 visitors annually and has become one of the most important cultural events in the Collectivité’s calendar.
“Being a fisherman is a tough job, it requires a lot of sacrifice,” Hanson said. “You start early in the morning and work hard at sea. It’s very physical. You have to feed your family first and then the community.”
She encouraged young fishermen to continue in the footsteps of their elders to continue the pastime.
“We celebrate all fishermen today and those who have already left us,” she added.
She thanked all those from the Collectivité who worked hard to organise the setting up of the Fish Day village. 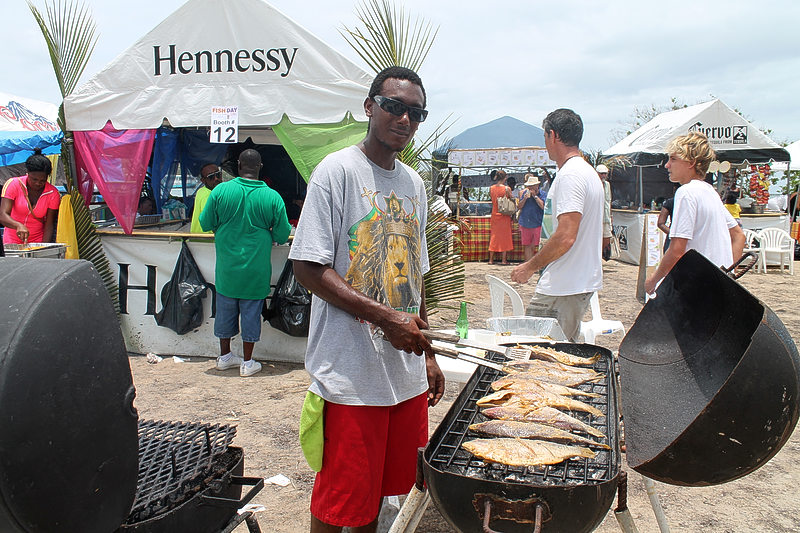 Préfète Anne Laubies, making her first appearance at Fish Day, also spoke briefly.
In what was probably an oversight, MP Daniel Gibbs complained he was not invited to speak even though he had a speech prepared and his name was read out in the list of dignitaries present. He did, however, present one of the certificates.
As is customary the elected officials took a boat out to Pinel Island to lay a wreath in the water to remember past fishermen.
Earlier, at around 9:00am a rain shower had made it wet under foot, however, the sandy ground soon dried up. A prayer from Pastor Hodge opened the ceremony.
Among the dignitaries and elected officials present was Minister of Tourism and Economic Affairs Ingrid Arrindell from the Dutch side and Evans McNeils Rogers, Minister of Social Affairs, Youth and Sports from Anguilla.
Fishing associations were also represented. Two officials were present from Martinique; President of the Fisherman’s Association of Fort-de-France, Mirella Meraut, and President of the Martinique Fishing Committee, Olivier Marie- Reine.
Noticeable this year was the relocation of the stage to the far side of the village, which gave a much more spacious feel to the whole area. Clearly this was done to accommodate more of the public, and particularly for the live concerts in the evening where some 3,000 were expected to enjoy the live bands and invited artists.
Needless to say there was an abundance of local food stands as far as the eye could see with some already doing brisk business by midday. The Association of Indians in St. Martin (AISM) had two stands, as they did last year. 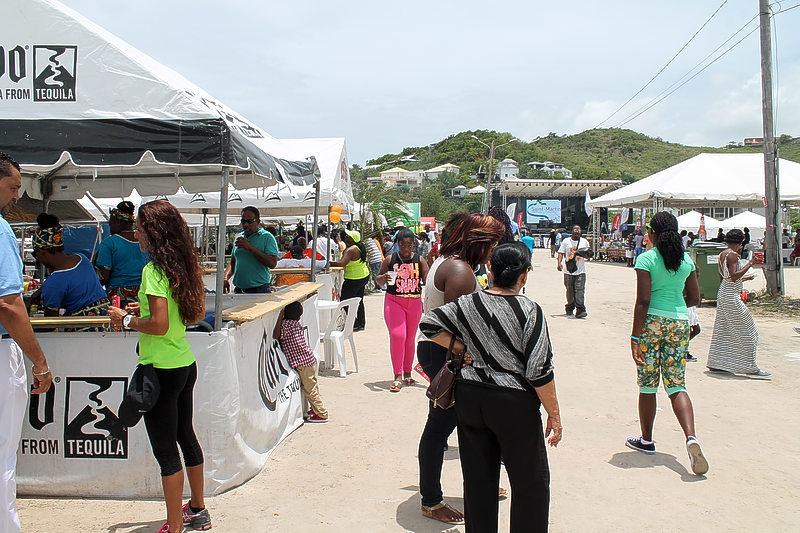 The morning crowd was kept entertained by emcee Ricky Da Phox and other radio deejays ahead of what was expected to be another busy and successful event.