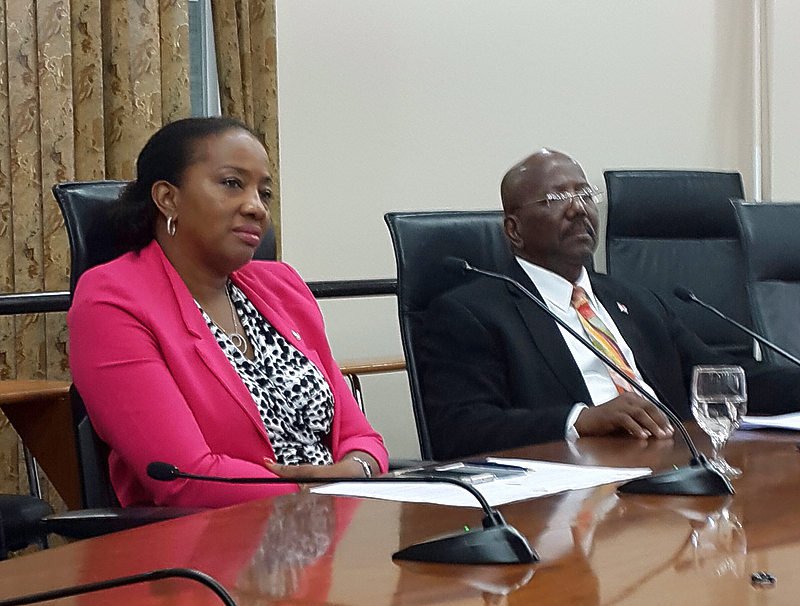 PHILIPSBURG–The Inspectorate of Education has formulated a draft framework for the conducting of education quality inspections in all Government-run and -subsidised schools. The framework builds on the foundation already in place since the days of the Netherlands Antilles.

Education Minister Silveria Jacobs said Wednesday that her Ministry had been working on improving the quality of education. Also driving this process are a number of complaints and concerns expressed by teachers and parents as well as others within the system.
“The philosophy is that quality care in education is dependent on structured cooperation between Government and schools. The monitoring part is built on two pillars – internal self-evaluation by school and external monitoring by the Inspectorate of Education.
“Schools, via the boards and management, will be required to carry out their own performance evaluation. They will have to make and execute action plans to improve weak areas and safeguard strong areas,” Jacobs explained. She said it was not new for the schools to give feedback to Government annually, particularly after exit exams, about needed improvements.
The external monitoring by the Inspectorate will focus on three points: monitoring and enforcing of laws, monitoring the quality of education and stimulating higher performance. This part of the monitoring will be established by law by next year via a national ordinance.
To work out aspects of the inspection process, the Ministry will hold meetings with school managers on June 14 and 20. More consultation rounds will be planned in the coming months. “This is to ensure that all who are involved in the process of education are aware of what is expected,” said Jacobs.
The pilot phase for the inspection will take place in all schools and will start in the new school year.
The Ministry also has worked on legislation regulating remuneration for staff throughout the education field. This legislation was approved by the Council of Ministers and Governor Eugene Holiday in May.
The decree codifies the existing policy applied by schools since 2007 and makes the policy formal by law. The decree ensures all staff members working in education will have the right to equal pay and according to the scale of their function stipulated in the Function Book for Education Personnel.
The Ministry also has started the process to draft an ordinance on tertiary education, a piece of law that has been missing for some time now. “This has Government’s priority and with the cooperation of Legal Affairs [Department – Ed.], we will be taking the steps to move this legislation forward,” Jacobs told the press.