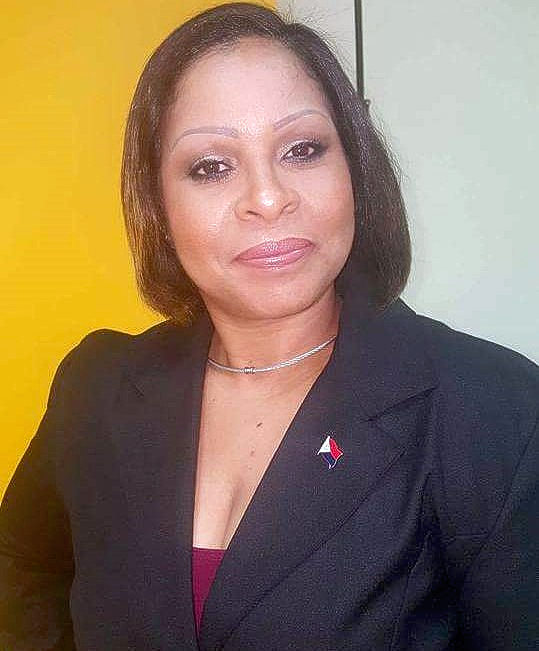 PHILIPSBURG–Sint Maarten Christian Party (SMCP) leader Wycliffe Smith has announced that Francelise Mauricia-Peterson will be a candidate on the SMCP slate for the upcoming parliamentary elections.

Born on the French side of the island, Francelise was raised on the Dutch side and attended Sundial School. She furthered her studies at Maria College ETAO, where she majored in administration. On her return to the island, Francelise worked in a variety of fields that have enabled her to become familiar with several sectors of the society, such as the airline, finance, law and hospitality sectors.

She also filled many positions at several casinos on the island. Because of her casino experience, the Government employed her as a casino controller, a job she has been doing for the last 12 years. This also led to her successfully completing her course as special agent of police (buitengewoon agent van politie), a function that serves her well in her current capacity as President and Representative of the Board of Casino Controllers.

Married and a mother of three, Francelise has upgraded herself over the years by following many courses in computers, management and supervision. She commands four languages: English, Dutch, Spanish and Papiamentu. Besides her regular work, she also served in different capacities on the Sister Borgia School Parents Teachers Association (PTA) board for 13 years.

Francelise loves her island and can be found assisting in cleanups and working with others to protect and preserve her beloved St. Maarten. She identifies wholeheartedly with the values and principles of Sint Maarten Christian Party. Her strong faith in God motivates her to speak out against injustices in her community.