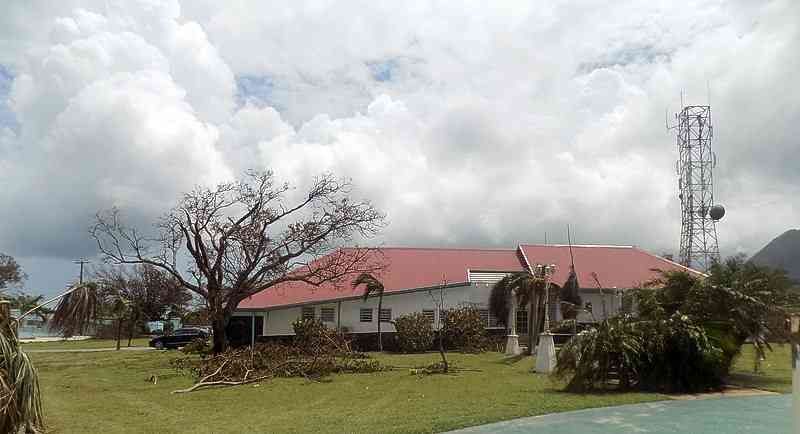 “The tender is a completely new open tender and the government hopes that a lot of local contractors inscribe to that tender,” Franco added.

Franco stated that the Public Entity is busy reorganizing the civil servants’ corps. “What we had before was a template in which during 10-10-10 a public entity such as St. Eustatius would have measures put in place. Now we are nine years later and we have knowledge of what works and what does not work here,” Franco said.

Therefore, the reorganization is not a template that has been forced from above, but a joint venture in which the unit managers are participating to indicate what would be ideal for their organization.

“With those results, we built up a new template which has to be followed accordingly…At this moment, there are a lot of people at functions in government who are functioning well, but these same persons have not been officially appointed to those positions,” said Franco.

These persons have to reapply for them to be officially appointed to the positions in question, “and that is what is happening at this moment,” Franco said.

On whether the current Government Administration Building, – formerly known as the Governor’s Mansion – would be demolished, Franco stated that the demolition of the building depends on whether engineers verify that a two-story building can be built in that location, as all that land is government-owned. The engineers will also be looking at the area behind telecommunications company Eutel, across from Gwendoline van Putten School (GvP).

It is the idea to build one central government building in which all departments of the Public Entity and of Government Department Caribbean Netherlands RCN are to be located. Residents would then be able to go to one building, instead of having to visit various locations.

“This is not a completely new idea,” said Franco. “This new building would have been at the land next to St. Eustatius Utility Company STUCO, but it was shelved because persons wanted a more central location for the building.”

Building at that location would depend on the reconstruction of GvP School. “If the location is found to be suitable, then yes, we will demolish the government administration building,” Franco said.

The contracts of the government Commissioners are to expire by February 2020, as their contracts, which started in February 2018, are for a period of two years.

Asked whether there would be an extension of the two-year period, Franco said, “It is too soon to say, because my plan is to finish my job within two years. I do understand that a large group of Statians want to see elections, an elected Island government with a newly appointed Governor, and I do respect that. As State Secretary [of Home Affairs and Kingdom Relations – Ed.] Raymond Knops said in the beginning, ’We will stay as long as necessary, but as short as possible,’” Franco said.