Home Local News Frans: I will not sit by silently and let my name be... 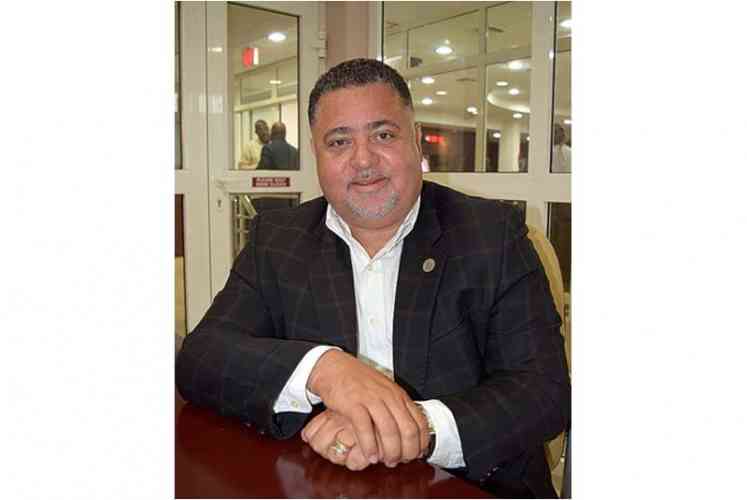 With the main part of his trial still pending, Member of Parliament Frans Richardson on Tuesday said he is not going to sit back silently and let the Prosecutor’s Office paint a negative picture for the public and tarnish his name. “I have young children, a concerned family and a community I work very hard for. I am not going to let them tarnish me,” MP Richardson said.

Richardson said the goal of the prosecutor to link the charges brought against the defendants in the Emerald case, with those it presented against him, is as clear as day. There is no connection. “One thing has nothing to do with the other’’. Without going in to much detail about the case I need to say this: The way that some media covered the hearing on Monday, gave the prosecutors exactly what they wanted Richardson stated.

Richardson said the prosecutor’s office claimed in the preliminary trial on Monday that he took a bribe from his god-brother O’ Neal Arrindell in 2012. “A bribe for what exactly? If you so call accept a bribe, it’s in exchange for something. So what is it? There is nothing. My God-Brother (Arrindell) helped me out with a loan that went towards helping me solve the financial difficulties associated with my building in Simpson Bay,” Richardson explained.

“Everybody knows the troubles and history of the building that stem from the days of the movie theater, to the casino going bankrupt, to the building being on the auction block. This is why we requested the judge to hear particular witnesses who can testify to this fact including my god-brother,” said.

The other witnesses included, besides co-defendants Arrindell and Mingo, also Richardson’s business partner Anthony Carty, Bank statements, several banking officials and an accountant, who are to shed light on the financial position of Richardson’s company. His lawyer Ms. Sjamira Roseburg also deemed it important to hear tax officials pertaining to the alleged tax crimes and the request was granted, although the prosecutor had objected, as the defense has provided the court with enough information why it is necessary to question those witnesses.

Richardson said the process must run its course, but it has to be fair. He also said his should be separate from the others since his summons list points that are completely different than the other defendants. “I want a fair trial. Plain and simple. Not a trial by media and not a trial based on incorrect and incomplete information which the prosecutor is using as its dossier against me. Conclusions were drawn based on this information. It’s not right and I won’t be silent about it,” he concluded.