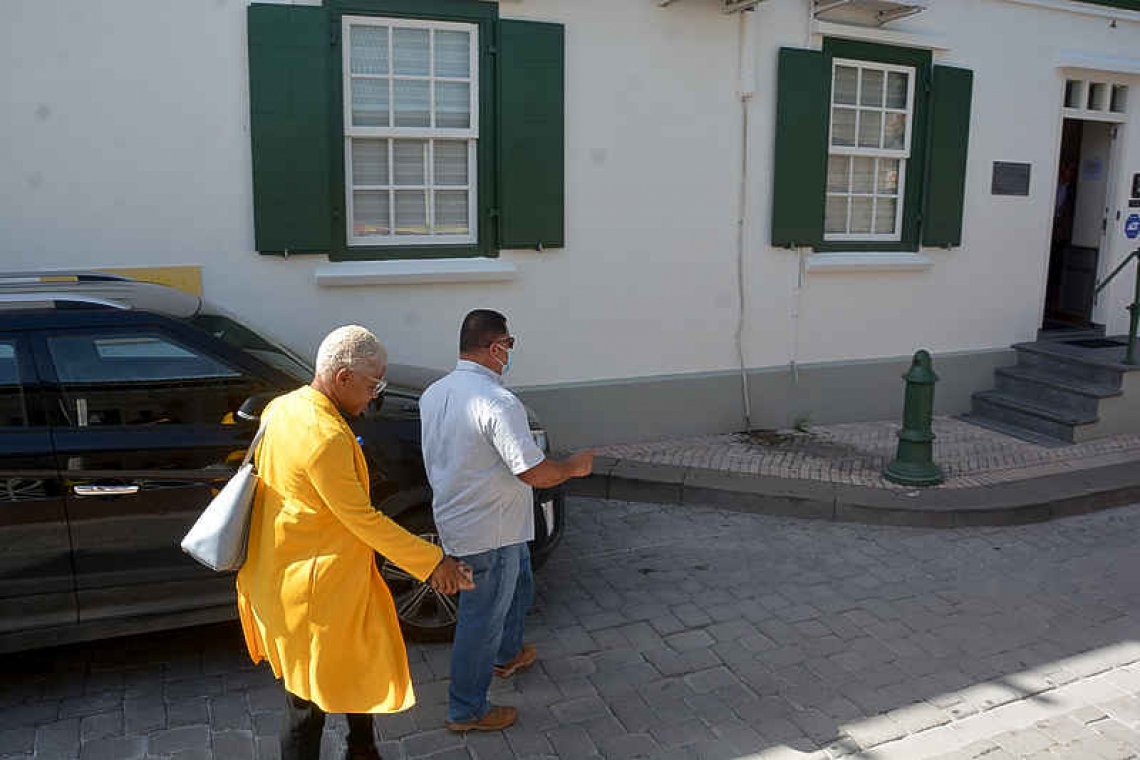 PHILIPSBURG–Former Member of Parliament (MP) Frans Richardson is facing charges of bribery in the so-called “Aquamarine” investigation into alleged wrongdoings in Bureau Telecommunication and Post (BTP).

The criminal case against him, which also includes two dispossession claims, was scheduled for Monday and Tuesday, May 17 and 18, but postponed once again due to the unavailability of flights to transport court officials and a prosecutor from Curaçao to St. Maarten. The case will now be heard on September 30 and October 1.

Richardson is charged in this case with having accepted US $120,000 in bribes from building company Taliesin Construction in connection with work at the BTP building and repairs after Hurricane Irma between December 2013 and September 2018, while he was an MP and leader of United St. Maarten Party (US Party).

Richardson allegedly also was in contact with a company in St. Kitts and Nevis pertaining to the purchase of the BTP building while he was a member of the Parliamentary Committee of Tourism, Economic Affairs, Transport and Telecommunication (TEATT) and the Finance Committee, between March 2012 and September 2019, the prosecutor stated during a previous preliminary hearing in this case.

Taliesin Construction purchased the BTP building for $700,000 on December 1, 2011. The contractor refurbished the building and sold it to BTP for $6.6 million on February 11, 2013. After the controversial purchase, BTP used only two of the six floors in the building.

The General Audit Chamber audited BTP in 2015 and called some of its findings about the bureau “alarming.” BTP is the telecommunication regulator for St. Maarten and is responsible for advising the TEATT Minister regarding telecommunication and postal issues.

The impetus for an audit at BTP was the growth in arrears of the financial transfers from BTP to government. BTP collects concession and spectrum fees from telecommunication operators and other telecommunication vendors in the local market.

The Anti-Corruption Taskforce TBO and the Kingdom Detective Cooperation Team RST launched an investigation into BTP mid-2019. Richardson was arrested on September 2, 2019, on suspicion of accepting bribes, committing official coercion and abusing his position.

The Prosecutor’s Office will file a dispossession claim not only in the Aquamarine investigation but also in the so-called Emerald II case in which Richardson was sentenced to 36 months in January 2020 for his role in an investigation into corruption at Port St. Maarten, for which he had been arrested and held in pre-trial detention early 2018. He was also banned from membership in elected bodies for five years. Richardson appealed the sentence.

In the Emerald II investigation, the court found Richardson guilty of accepting bribes of $370,000, money-laundering and tax fraud. He had abused his position as a lawmaker and had an “undermining influence on society” together with his co-defendants in this case, local businessman O’Neal Arrindell and then-Chief Executive Officer (CEO) of Port St. Maarten Group of Companies (PSGC) Mark Mingo, the judge said at the time.

June 22, 2021
0
PHILIPSBURG--Prime Minister Silveria Jacobs says she can understand the frustration of workers and would like a chance to engage in dialogue with the Committee for Civil Servants Union (CCSU) and mediator if necessary.   She told Parliament on Friday...
Read more