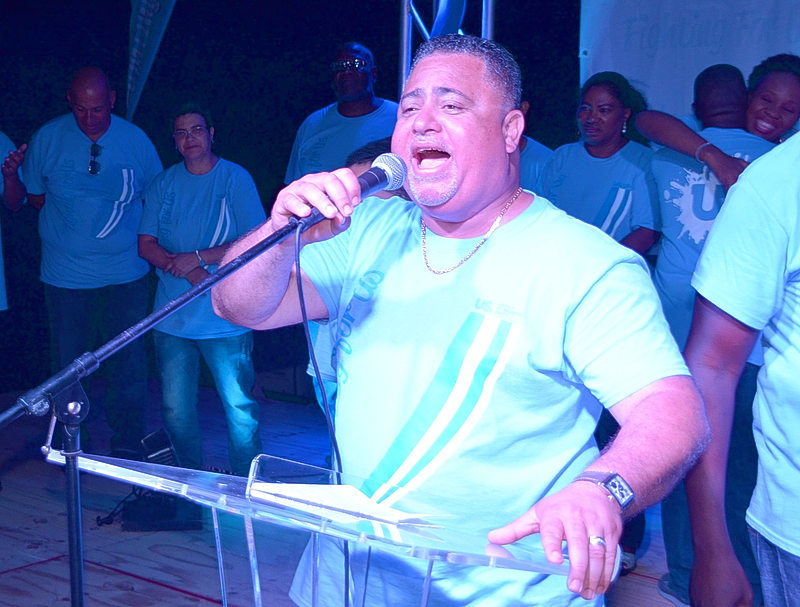 PHILIPSBURG–Leader of the United St. Maarten Party (US Party) MP Frans Richardson believes that St. Maarten should “get serious” about tax reform and said his party prefers to shift from a direct to an indirect tax model.

“When citizens anywhere in the world complain about taxes it is usually not about the legal obligation or their use to provide services. Most complaints are about fairness. Too many people feel that they unfairly carry the brunt of the tax burden. And that is no joke,” Richardson said in a press release.

He said creating an equitable tax system is a “delicate balancing act” with citizens seeking reforms that will allow them to better care for their families and retirement. Businesses, he added, also want fair taxes so they can be profitable, grow and provide a return to investors “and Government officials must balance these objectives with having enough money to provide essential services to citizens.

“Nonetheless, tax reform that tries to be fair to all can be the greatest advantage to economic development because everyone feels like they are contributing and receiving their fair share. The US Party believes that the burden of taxation should be fairly distributed within our society. Our current tax system is crippling our economy and stagnating the growth of our citizens.”

According to the release, one of the party’s primary initiatives when elected to Parliament is to immediately bring about reform to the country’s tax system. “Tax reform which will not only benefit the business sector, but also empower our citizens by increasing their spending power,” Richardson said.

The US Party proposes a reform in the tax system and tax administration, shifting from direct to indirect taxes. “Citizens will no longer pay direct taxes and will not suffer the burden and uncertainty of filing tax returns. This reform will give the people of St. Maarten much needed tax relief and more spending power, particularly those in the lower income brackets. Tax reform as proposed by the US Party will create a win-win-win scenario for the citizens, businesses, and the Government by creating the much needed stimulus, more economic activities, more jobs, and increased prosperity for St. Maarten as a society in general,” he said.

“Indirect taxation of citizens will make St. Maarten a fair, transparent destination which is highly desirable for foreign investments. The most important element of the tax reform is the change from Turnover Tax (ToT) to a Sales Tax together with a reduction of the wage and profit tax rates (decrease of five to 15 per cent). This will give the taxpayers considerably more money to spend leading to more and direct spending.”

He said the change will also spread the total tax burden more fairly and evenly over residents and visitors alike, making St. Maarten competitive with its neighbours in the region. As a result, more people will contribute to Government’s coffers, which would result in higher revenues. Tax reform creates across-the-board benefits to all segments of society.”

US Party candidate Maria Buncamper-Molanus also recently addressed the issue of tax reform. She said any, any Government serious about dealing with this issue, needs at least a full four-year term in office, the release said. “Secondly let’s not reinvent the wheel, instead let’s take a look at what previous Governments have already done and look globally at countries of similar size and economy. Take our business culture into consideration and the compliance factor, but let us please not feel obligated to burden our tax payers by trying to meet a 30 per cent Tax Revenue of GDP (Gross Domestic Product) because this is comparable to neighbouring islands,” she said.

“Our tax reform must be simple to calculate, simple to collect and simple to control. St. Maarten tax payers should be left with the ability to get more for their money than they are getting now. St. Maarten Tax payers should be encouraged to work harder and not be punished with progressively higher tax rates that are as high as 47.5 per cent because they are ambitious and want to work harder to earn more money,” she added.

Buncamper Molanus said that entrepreneurs/business owners should not be penalised with a profit tax of 34.5 per cent while profit tax in neighbouring islands is zero. She said St. Maarteners should be encouraged to be self-employed, be their own bosses by Government providing an attractive investment climate to do business in. “The more money that comes in and circulates and remains in our economy, the stronger our economy will grow. The result is that Government with a proper tax system in place which spreads the burden to all who participate in our economy whether living here or visiting here, can generate the required income to provide the services for the people of St. Maarten,” she noted.