Home The Daily Herald Frantz Gumbs not running in 2017, endorses Mussington party instead 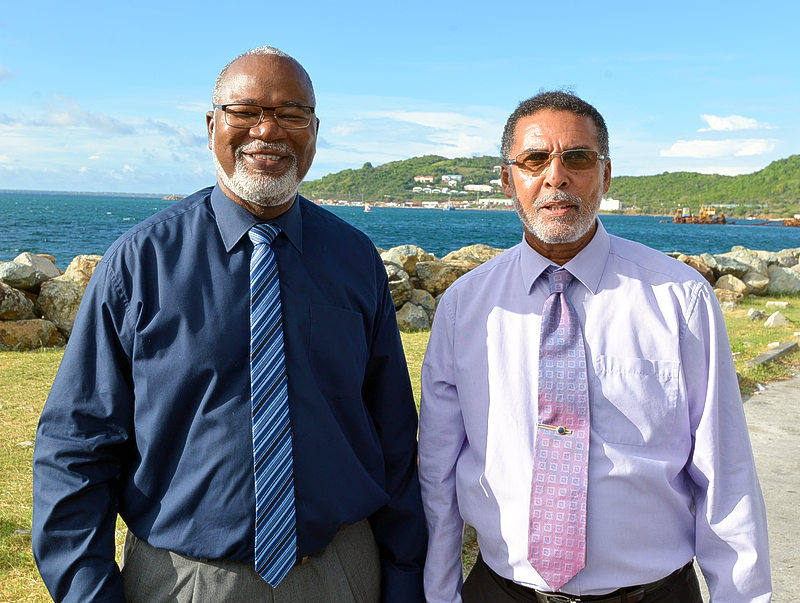 MARIGOT–Former President of the Collectivité from 2008-2012, Frantz Gumbs has stated he will not be forming a list to contest the 2017 Territorial Council elections due to his commitments at the Cité Scolaire where he is the Principal.

“Many persons have hoped or expected I would form a list but the preparation of an electoral campaign takes more than a year,” he said in a statement. “My function as head of the new Cité Scolaire in La Savane needed my total and undivided attention this year. If I had neglected my job because of politics, many persons would have blamed me for not being able to manage a school but still wanting to manage a country.
“I chose not to take any chances with the 800 students of the school and as it is today, I do not regret my choice, since, as you might have heard, the results of my students are pretty good and that makes me glad.
“Considering the knowledge and experience that I acquired during the four years of my term as President, can I just sit back and just look on? The answer is no. So I asked myself, what contribution can I make to my country and its people?
“I was contacted by Louis Mussington several months ago. I was also contacted by other major candidates and I had to choose where to give my support. I have chosen Mussington’s group and no one else for several reasons among which are:
“1 – Mussington was in my opposition and although he never compromised his positions, he never disrespected nor despised me as President; 2 – Mussington has held the same political line for ever. He is not a ship jumper. Win or lose he sticks to his guns. That character is, according to me, a great asset, because what we have suffered most from during the last 10 years is instability. He has a stable mind-set and that is good for all of us.
“3 – Me and him, we agree on some of the fundamental issues that confront us: For instance, we agree that the educational system has to be better adjusted to our social and cultural reality. We also agree that the organic law can be used and improved to serve us better. We also agree on an attitude where politics is concerned. People should be able to disagree in politics without having to hate or kill. So we are not going to add hatred to hatred. That alone is enough for me to be comfortable in this group.
“I hope that all those who kindly afforded me their respect and support in the past, will continue doing that, and follow me on this new journey. I hope that all those who showed love during and after my term in office, will trust that my choice is the good one. I hope you will give your support to the one who speaks his word and keeps to it. I hope you will help me to help the one who shows consistency and stability. I invite you to help and support the party “Movement for Justice and Prosperity.”