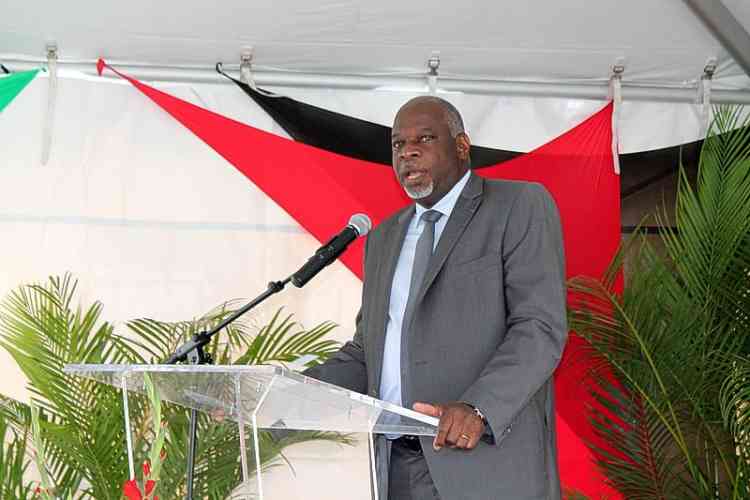 MARIGOT–Since Hurricane Irma, French insurance companies have paid out 788 million euros to policy holders, 69 per cent of the outstanding expenses, according to latest figures issued by Federation Française des Assurances (FFA) on October 10.

Hurricane Irma led to the handling of 17,050 claims in St. Martin, representing 66 per cent of cases in the French Antilles for a total cost of 1.139 billion euros (61 per cent of the total cost). Close to 97 per cent of the required expertise was realised resulting in 96 per cent of claims receiving a total or partial settlement.

The figures were released to Senator Guillaume Arnell, who specifically requested a meeting with the FFA, which is the main organisation representing 280 insurance and reinsurance companies covering 99 per cent of the market.

“I wanted to organise this working meeting to get a complete update on the activity of insurance companies in St. Martin and draw attention to the particular difficulties our citizens have since been confronted,” Arnell said in his release. “During this meeting, I first stressed on the lack of experts on site, after the hurricane passed. One of the first needs once emergency actions had been completed, to precisely assess the damage to enable reconstruction in the best possible conditions. It had been specified to me that our territory already did not have a sufficient number of experts even under normal circumstances.”

Arnell explained the FFA had alerted and mobilised two trade union chambers of experts before the hurricane, but the inaccessibility of the territory at the time had led to postponement of an efficient organisation of expert work. About 120 experts were finally commissioned to assess 7,000 buildings, representing 95 per cent of the destruction.

“If insurance companies chose to give priority to reconstruction of small businesses and pharmacies, in order to enable them to restart their economic activity, it is regrettable to note the long delays in compensating these individuals,” he said.  “The lack of centralisation of the action of the experts partly explains this, which I deeply regretted. But several factors have also been sources of complexity that have delayed compensation or justified differentiated payments, i.e.  multiple types of contracts subscribed, the exceptional nature of the total destruction or the difficulty of collecting official documents.

“It is also for these reasons that instructions have been given to allow compensation without supporting documents for all matters relating to standard domestic equipment. It also appeared essential for professionals not to undervalue their assets, even if this leads to increase in insurance policy premiums.

“With regard to experts retained by policyholders, a great deal of confusion occurred due to random actions of dishonest persons quick to exploit disorganisation after the hurricane leading to avoidable disagreements.

“In this regard, I recalled that our citizens, already very distressed, did not need to deal with contentious situations. On this point, I was informed that the referral to the insurance mediator made it possible to calm situations, especially since insurance companies followed its recommendations in 99 per cent of cases.

“Finally, with regard to the reconstruction of our territory and its future, the FFA representatives assured me that no company today has any intention of leaving St. Martin, and by the same token no new companies will set up either. The lack of construction professionals and materials partly explains the surge in prices.

“Of course, identical reconstruction is not feasible since more intense hurricanes are likely to be repeated. Preventive measures will be requested by the insurance companies to cover the risks associated with the future: a ban on rebuilding in some areas, reinforcing buildings, and use of more expensive and durable materials.

“This very fruitful meeting allowed us to better understand the differences between the needs of the inhabitants of St. Martin and the action of insurance companies, including clarifying some misunderstandings. Much work remains to be done to rebuild our territory, and I will continue to remain vigilant.”