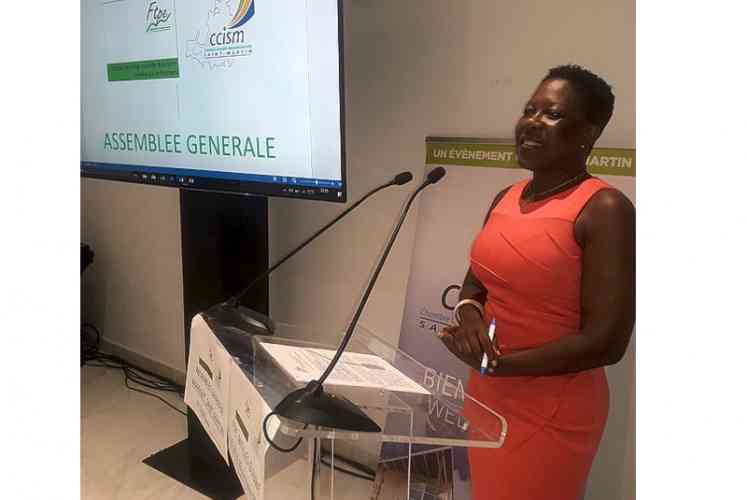 Delegations from Guadeloupe, Martinique, Marie Galante, and St. Martin attended with the exception of French Guiana which was excused. Also, present was a representative of Ensemble Pour L’Artisanat (EPA).

Three days of working meetings permitted delegations to discuss experiences in the various territories, identify new avenues, solutions, to guarantee sustainability of small companies, and to perfect and improve quality of services.

President of FTPE in St. Martin and St. Barts Jeanne Rogers-Vanterpool noted the work carried out in the framework of workshops and thematic round tables could also serve as a basis for reflection on the implementation of public policies to be executed by national and local authorities.

“Finally, they will serve to facilitate the creation of new skilled jobs for our young people and develop and revitalize our territories in a more thoughtful and effective way,” she said.

At the opening ceremony and the start of the meeting, Rogers-Vanterpool acknowledged the efforts made by the various delegations in “abandoning” their activities and companies to go to St. Martin. She thanked and congratulated members of her team and the FTPE St. Martin board for having done everything possible to ensure the welcome of guests was successful.

Nyuiadzi underlined the important role of FTPE in a context where more than 90 per cent of the economic fabric is composed of very small companies; that is, companies with less than 10 employees and which achieve less than 20 million euros in turnover per year.

He talked on the role of the Collectivité of St. Martin and more specifically, economic development for which he is responsible, with regard to mechanisms and means that are necessary to set up, encourage and support investors to settle in the territory to co-create development and jobs for our young people.

The Vice-President said he “appreciated the fact that Alan Nagam had agreed to hold the meeting in St. Martin which is slowly but surely emerging from its post-Irma recovery.” By

taking such a decision, “I am well aware of President Nagam’s desire to help our very small businesses in St. Martin to get up and move forward,” he said.

Négouai recalled the many actions that had been carried out in a spirit of solidarity and fraternity by Martinique companies towards the population and their colleagues in St. Martin after the devastating passage of Irma on St. Martin.

A conference debate was also held on the theme of the Social Scheme for the Self Employed RSI and Social Security of Independents (SSI) in the new Fantastic Hotel in Concordia moderated by Julien Gumbs.

The board of FTPE St. Martin chose the founder of Sauvons Nos Entreprises Guadeloupeénes (SNEG), former Vice-President of FTPE Guadeloupe and former elected member of the Chamber of Commerce for the Guadeloupe Region, Dominique Virassamy, to be the keynote speaker.

Provided for in the 2018 Social Security Financing Act, the social protection of self-employed workers, managed by the Social Scheme for the Self-Employed RSI, has been entrusted to the general scheme since January 1, 2018. The RSI has given way to the SSI.

And in the framework of this conference-debate Virassamy brought his experience, his knowledge, as well as his warnings against the RSI which since its creation, according to him, has caused many bankruptcies and caused no less than 187 suicides of craftsmen, traders, and business leaders “stuck” by significant debts and under pressure from an “intractable” administration towards them according to him.