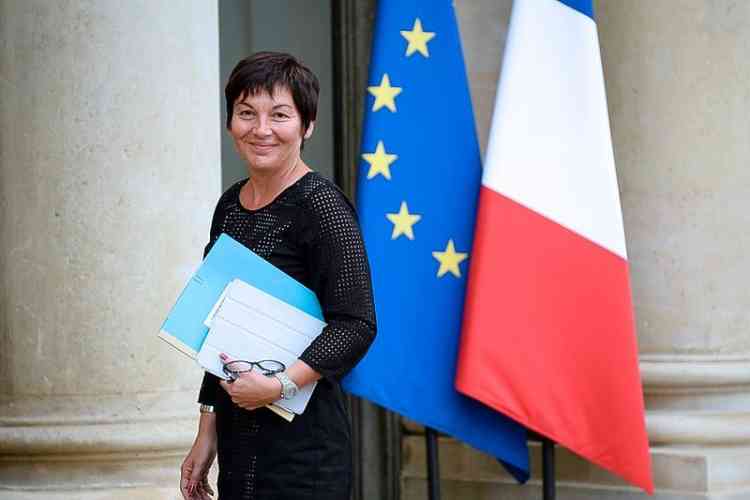 MARIGOT–French Overseas Minister Annick Girardin has condemned what she described as “intolerable insecurity” in St. Martin, where protests against the State’s controversial revision of the natural risk prevention plan PPRN continued into the fourth day.

The population is furious with a plan that it says restricts re-building and threatens to expropriate land and property owned by families handed down from generation to generation.

“In St. Martin the ongoing demonstrations are causing intolerable insecurity in the area,” she said on her Twitter page as reported by Agence Française de la Presse (AFP) on Saturday. “I know the expectations of the St. Martin people, but a return to calm is essential. I am in constant contact with the elected officials and the president of the Collectivité in order to work together on measures adapted to the situation.”

Her comments come as President Gibbs stated only urgent decisive action from Paris can resolve the situation.

Meanwhile, as roadblocks remained in place throughout the French side on Sunday, 60 more Gendarmes were deployed to St. Martin Saturday afternoon to add to the 20 who arrived on Friday. The toll so far from the protest indicates one injured Gendarme and two arrests of minors, but communication with the Gendarmerie for confirmation and updates proves to be difficult.

Gendarmes remain vigilant and on stand-by at all trouble spots in case of any escalation of the unrest. A Gendarmerie helicopter was seen flying over Marigot Sunday afternoon. A cargo ship docked at Galisbay has brought trucks and equipment to clear roads.

Both Préfète Déléguée Sylvie Feucher and Minister Girardin have deplored the hooligan element to the protest – individuals who are taking advantage of the protest to charge motorists 10 euros or more to pass through roadblocks, carrying out looting and causing unnecessary violence. One taxi driver reported he was forced to hand over his entire fare after taking tourists to Grand Case Airport. Another report indicated Pharmacie du Port had been broken into during the night. “These individuals will be pursued and prosecuted,” said Feucher.

St. Martin Tourism Office advised cruise ship passengers to remain on the Dutch side to enjoy activities and restaurants. The Préfecture has discouraged travel on the French side unless absolutely necessary. The ferry terminal and Grand Case airport are both functioning as normal. The two Super U supermarkets in Hope Estate and Marigot were open on Saturday and Sunday, closing at 5:00pm on Saturday. Management said it was monitoring the situation closely.

The Collectivité stated schools would remain closed today Monday. Speaking on Youth Radio on Sunday, Gibbs disclosed he not only had been communicating with the Overseas Minister, but had also made contact with President Emmanuel Macron’s Director of Cabinet and was hoping to speak to Macron directly.

He also confirmed he and the Préfète do not see eye-to-eye on the PPRN, which was clear at meetings with protestors at barricades on Friday in French Quarter and Grand Case. The Préfète has assured the PPRN validation process has not been completed. Information taken from the exchanges on Friday is being taken into account for the PPRN and other issues.

The US Embassy in Barbados issued a travel alert on Saturday for travellers to St. Maarten/St. Martin. It advised to avoid the demonstrations on the French side, monitor local media for updates, keep a low profile, be aware of one’s surroundings and notify friends and family of one’s safety. It also advised to consider deferring travel to French St. Martin and make alternative arrangements.