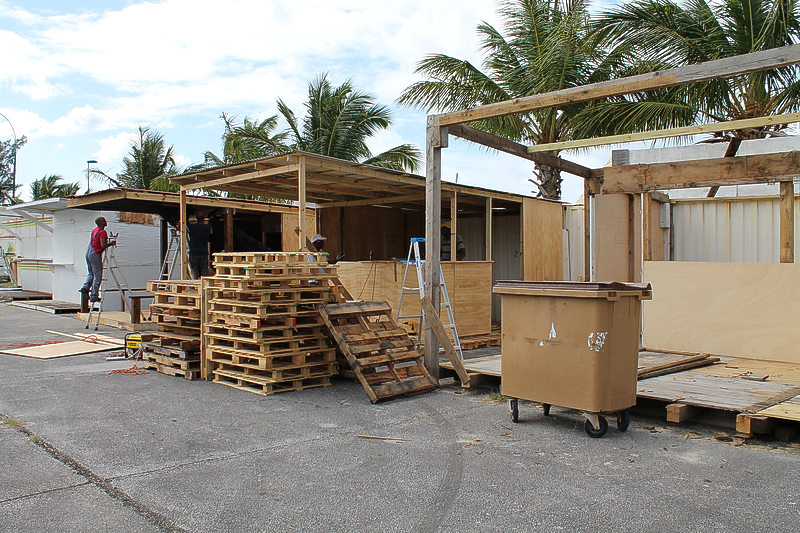 MARIGOT–Preparations are progressing well for the 2017 Carnival which will be launched on February 4, a little over three weeks away, Festivités Carnavalesque de St. Martin (FCDSM) stated. The official dates of carnival are February 4 to March 1, 2017.

General Secretary Luciana Raspail noted construction of the booths in the village should be completed by this coming weekend.

“We have 12 booth-holders this year, five of them are regulars every year since the beginning so we want to thank them for their continued support and at the same time welcome the new ones,” she said. “Also the containers in the village will be painted in carnival colours to make them more presentable.”

She disclosed an early pre-carnival event will be held on January 28 in the Galis Bay village to choose the St. Martin band who will take part in the “Battle of the Bands III,” a Sound Master’s event on February 24. Islands taking part include St. Kitts, Dominica, St. Croix, Anguilla, and St. Martin.

Other highlights to look forward during the 2017 carnival will be the Individual Costume competition on February 18 and the Calypso Show with local Calypsonians on February 21.

“We usually do the judging of the costumes during the parades but this year we decided to exclude it and put emphasis on individual costumes so they can go all out to impress,” Raspail added.

A Calypso show has not been held on the French side for at least 10 years. The Miss Pitchounette and Junior pageants will be held on February 12 in the village.

As far as troupes for the parades are concerned, eight troupes are registered so far for the Children’s Parade and six so far for the Adult Parade. Seven Wonders of the World is the theme for the children’s parade this year.

“We want to encourage the districts that haven’t taken part in carnival before, or who are thinking about making a return, to consider entering a troupe as the troupes are a very important instrument for carnival,” she added. “Without troupes there are no parades. The carnival committee does understand that it is difficult on the French side to put together a troupe and it takes a lot of funds.

“So we urge the businesses and companies to get into the carnival spirit by contributing financially to the troupes and giving back to the community. Also we want the population to support all the events not just the shows in the village but the parades as well. The more revellers we have on the road the more beautiful the parade looks.”