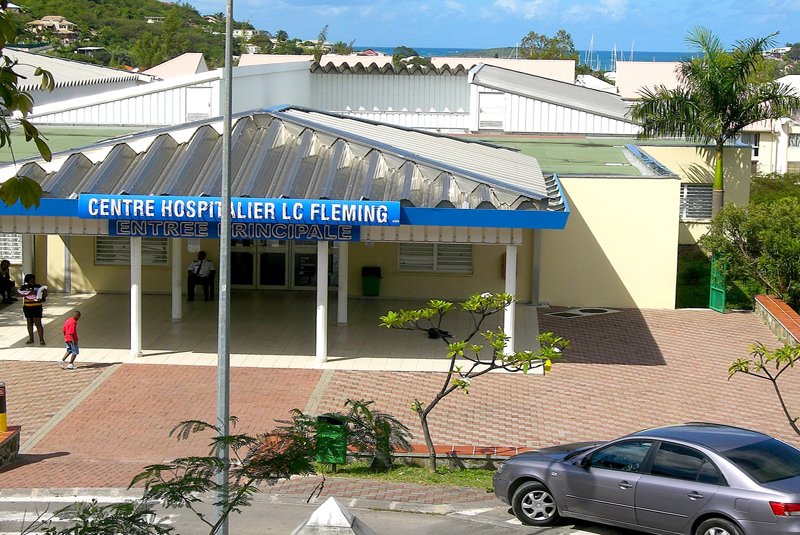 MARIGOT–The Louis-Constant Fleming hospital in Concordia has reopened its out-patient department for consultations, the Collectivité stated in an update of services.

Some 75 per cent of general medical practitioners are working and 50 per cent of specialist doctors. Of 11 pharmacies five are open for business. Doctors in French Quarter are able to deliver medicines in the absence of a working pharmacy in this district. The dispensary in French Quarter has been transformed into a psychology service.

The desalination water plant UCDEM has the capacity to produce 3,500 cubic metres per day but is operating in a degraded capacity. Générale des Eaux indicates 63 per cent of districts have water but some areas are still cut off such as Anse Marcel, Orient Bay and Oyster Pond due to leaks in the pipes. An effort is being made to distribute water on a rotating schedule while repairs are made. The electricity situation is unchanged with 80 per cent of inhabitants connected.

The Collectivité’s garbage collection service returned to normal as of Monday, October 9. The population is asked to use the bins provided and not to deposit household waste in the street. Sorting waste in the colour-coded bins is encouraged as before and the eco-landfill in Grande Cayes is accepting materials and waste for recycling. Businesses are asked to take their waste directly to the landfill and not to leave it in bins or on the street.

Persons wishing to have car wrecks removed by the Collectivité free of charge can approach the Sustainable Development Department in the former hospital on Route de Fort Louis. Removing abandoned cars will help de-pollute the territory.

The social department of the Collectivité continues to receive persons in difficulties from the hurricanes from 8:00am to 3:00pm in their offices in Concordia, Rue Paul Mingau (Unemployment Office building). Over 70 needy families have received water and food, the Department of Solidarity and Families stated. Damage assessments will end this week. A hot line (0690) 37.84.01 has been set up to aid victims regarding legal, social, or psychological matters.

The regional health authority ARS announced reinforcements are arriving to control the proliferation of mosquitos. Young people are being recruited to assist. Local specialised companies will be solicited to tackle the problem of flies.

A round-up of stray dogs, cows, pigs, etc. will be organised soon