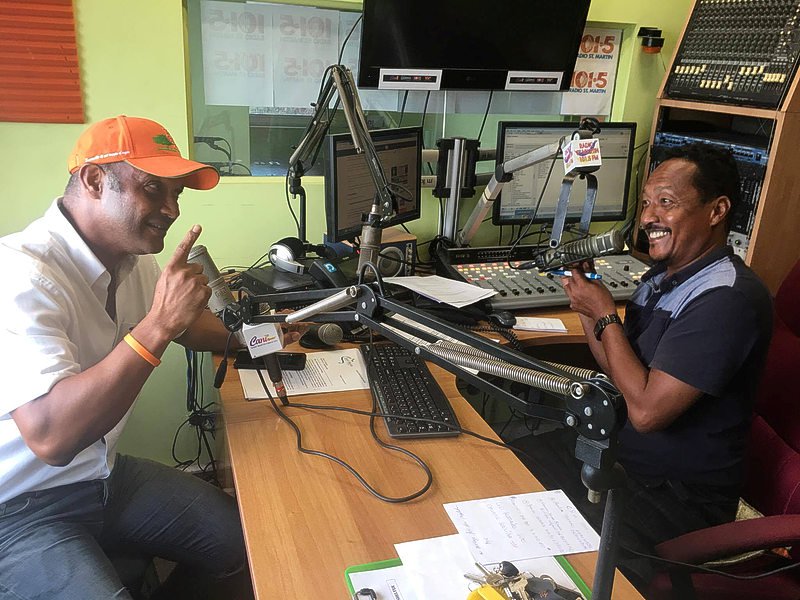 Thanks to the French side government, officials allowed the station to ship a much needed antenna to broadcast via the French military plane from Guadeloupe. Billy D and Jean Marc will head the morning shift starting Monday and personalities from the different stations will follow after.

“We are trying to get as much information out to the public during these difficult times. We don’t know when everything will get back to normal but we decided to reach out to the other stations and keep one voice. There has been no radio station on since the passing of Hurricane Irma,” stated Radio St. Martin owner François Hunt. For the time being, the station will serve as a government station, he added.

The President of the Collectivité of Saint-Martin Daniel Gibbs was on the air on Sunday morning and reminded the public to prepare for the upcoming system Tropical storm Maria. He also said that he will be making frequent announcements to the population on the station from now on.