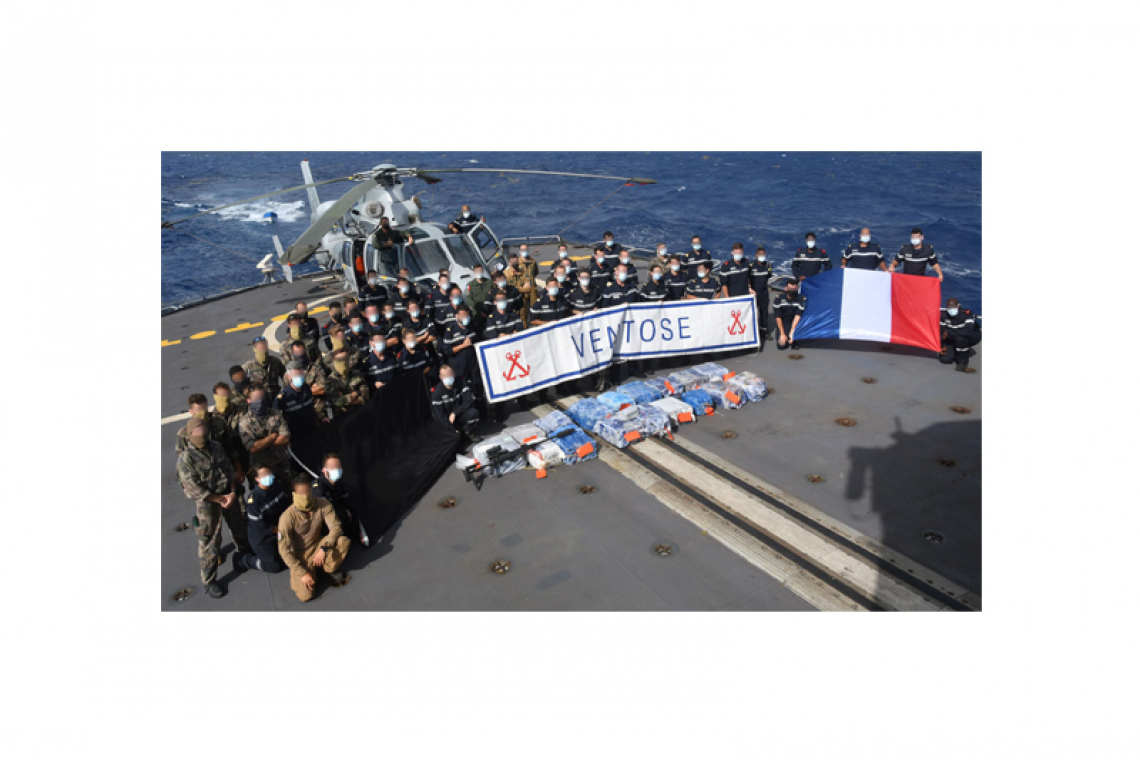 Crew of the frigate “Ventôse” with the seized bales of cocaine. Photo ©Forces Armées Antilles/Marine Nationale/Défense.

MARIGOT–The surveillance frigate Ventôse boarded a go-fast without apparent nationality at sea south of the Dominican Republic on the night of Monday, June 16, to morning of June 17.

The boat contained 17 bales of cocaine with an estimated total weight of 550 kilos. Its two crew members were apprehended.

Under an agreement between France and the Dominican Republic, the boat, the cargo and the two suspected drug traffickers were handed over to the Dominicano authorities on June 18.

This operation came at a time when a week of international meetings on trafficking by sea was held in the Dominican Republic as part of the regional programme to support the fight against organised crime in the Caribbean ALCORCA.

The cocaine, which will be destroyed in the presence of a French representative, represents a loss of more than three million euros at resale for drug trafficking in the region and more than 15 million euros in Europe.

This operation represents the sixth drug bust of the year for the armed forces in the West Indies, which have intercepted and removed from the market more than 5.5 tons of cocaine.