Home The Daily Herald From drinks to drugs to cars: Global business hit by EU vote 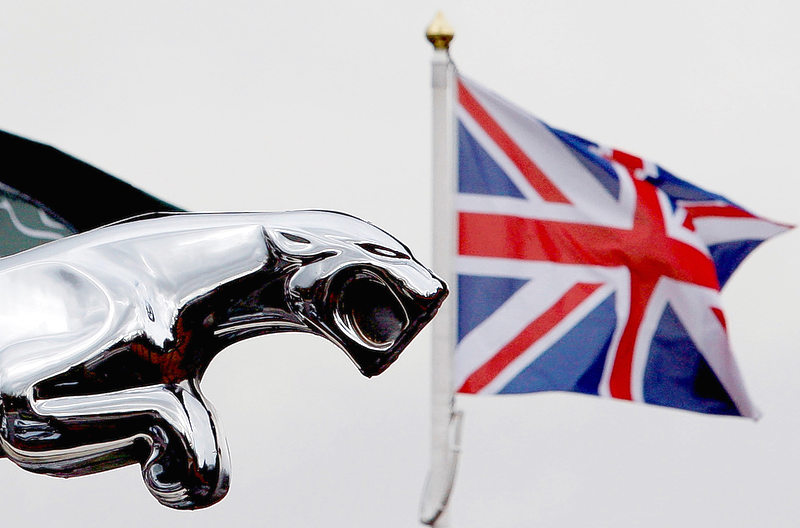 In Britain itself, businesses including aerospace, housebuilders and drugmakers fear a range of difficulties from slumping demand to new regulatory hurdles as the pound plunged to its lowest level since 1985. British Airways owner IAG warned that it would no longer meet its annual profit target and car manufacturers including Ford, which employs around 14,000 people in the United Kingdom, indicated that it could ultimately lead to job cuts.
“Ford will take whatever action is needed to ensure that our European business remains competitive,” the company said, adding that it had not changed its investment plans yet.
World stocks headed for one the biggest slumps on record as investors predicted the impact of the narrow 52 vs 48 percent vote for Britain to leave the European Union would damage economic confidence across the globe. The president of Japan’s Nippon Steel & Sumitomo Metal, the world’s second-largest steelmaker, said the vote was extremely disappointing.
“We are greatly concerned for the negative impact this will have, not only on Britain and the EU but also on the global economy,” said Kosei Shindo.
Those who campaigned for Britain to leave had said a weaker pound could help UK exports, but it will also reduce the value of foreign companies’ UK earnings and raise questions about access to the EU market. “This decision will create tremendous uncertainty, which will slow economic activity and decision making,” said Martin Sorrell, the boss of the world’s biggest advertising group WPP.
Jaguar Land Rover, Britain’s biggest carmaker, has estimated its annual profit could shrink by 1 billion pounds ($1.4 billion) by 2020 if Britain returns to World Trade Organization rules for trade with Europe. Shares in the company’s owner, India’s Tata Motors, fell 8 percent.Immediate Steps
Some businesses signaled an intention to push for a settlement between the UK and the EU that would minimize damage to their business, while others took immediate steps.
“This is a lose-lose result for both Britain and Europe,” said Airbus CEO Thomas Enders. “We will review our UK investment strategy, like everybody else will.”
Volkmar Denner, CEO of Bosch, said its investment plans would not change, for now, but it was preparing for a weaker British currency: “We have significantly raised our hedging ratios in order to counteract a possible depreciation of the British pound.”
The German appliances maker plans to invest 25 million euros in Britain this year.
Randstad, the world’s second-largest employment services company, said it might need to restructure, as in did during the financial crisis in 2009, to cope with disruption to the jobs market.
Prime Minister David Cameron, who campaigned for Britain to remain in, said he would resign and leaders in Scotland, which voted strongly to stay in Europe, said they would consider holding a referendum to leave the United Kingdom. Makers of Scotch whisky, who export more than 90 percent of what they produce, fear market access could be jeopardised.
“There are serious issues to resolve in areas of major importance to our industry and which require urgent attention, notably the nature of future trade arrangements with both the single (European) market and the wider world,” said David Frost, chief executive of the Scotch Whisky Association.
Some investors warned of a coming British or even global recession as sterling collapsed to lowest since 1985. Housebuilders Taylor Wimpey, Barratt Developments and Persimmon saw their market values slump by more than a fifth on fears of a sharp economic downturn.
Bank shares such as Barclays and Credit Suisse also tumbled, as well as domestic retailers like Sports Direct and Marks & Spencers. Meanwhile safer-haven sectors, like gold miners and tobacco, outperformed.Sterling Headache
Big swings in sterling will be a headache for some international companies, with a fall in the currency hitting profits earned in Britain. International companies with sizeable sterling exposure include Denver-based Molson Coors, owner of Carling beer, which is heavily reliant on the UK.
But for multinationals reporting in sterling, there will be a short-term boost to profits, when expressed in pounds.
Aside from market access, streamlining of regulations within the EU has made life simpler. Pharmaceutical companies, for example, enjoy a one-stop shop in the form of the London-based European Medicines Agency, which approves new drugs for all EU countries, while the EU’s open airspace deals have fostered a surge in air travel and common policies on agriculture and food safety have allowed for smoother supply chains. Companies in those sectors have fretted that Britain outside the bloc would disrupt the regulatory landscape.
Ahead of the vote, some British-based multinationals such as Diageo, Unilever and Rolls-Royce had expressed their support for “Remain” directly to employees, although most stopped short of this. Rolls-Royce said on Friday the medium and long-term impact would depend on the relationships struck by Britain with the EU and the rest of the world.
Government figures show 12.6 percent of Britain’s economic output is linked to exports to the EU’s 27 other members, for whom only 3.1 percent of output is linked to exports to Britain. And 80 percent of British businesses trading overseas do so with the EU.
The Confederation of British Industry has estimated there could be between 550,000 and 950,000 fewer jobs by 2020 in the event of Brexit.