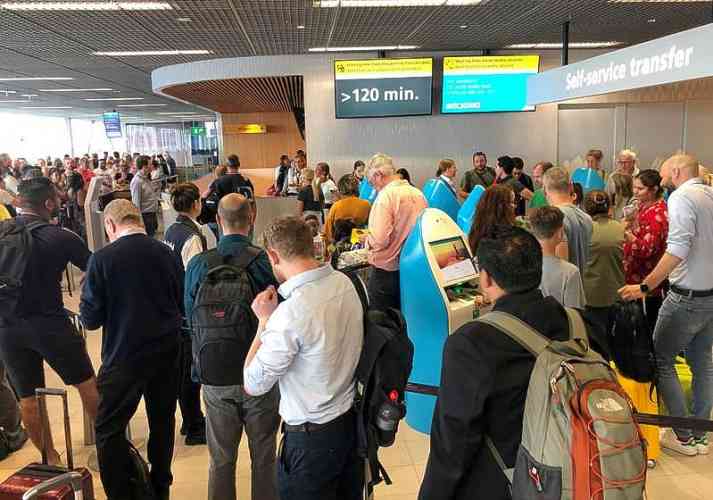 Passengers and staff wait at Amsterdam Schiphol Airport during an outage at the airport’s main fuel supplier that kept dozens of flights on the ground in Amsterdam, July 24. (Reuters/Anthony Deutsch photo)

HAARLEMMERMEER–Air traffic from Amsterdam Schiphol Airport was seriously disrupted on Wednesday afternoon because of an outage at the airport’s main fuel supplier that kept dozens of flights on the ground.

A fault in the systems of Aircraft Fuel Supply, a third-party company that controls the supply of fuel to aircraft, meant at least 50 planes could not be provided with the fuel they needed to depart.

The only planes able to take off were those that still had enough fuel in their tanks on arrival in Amsterdam, a Schiphol spokeswoman said.

“Aircraft Fuel Supply is working hard to find a solution, but as yet it is unclear how long this will take,” she added.

Wednesday was one of the busier days in the summer holiday period at Schiphol, Europe’s third largest airport in number of passengers per year.