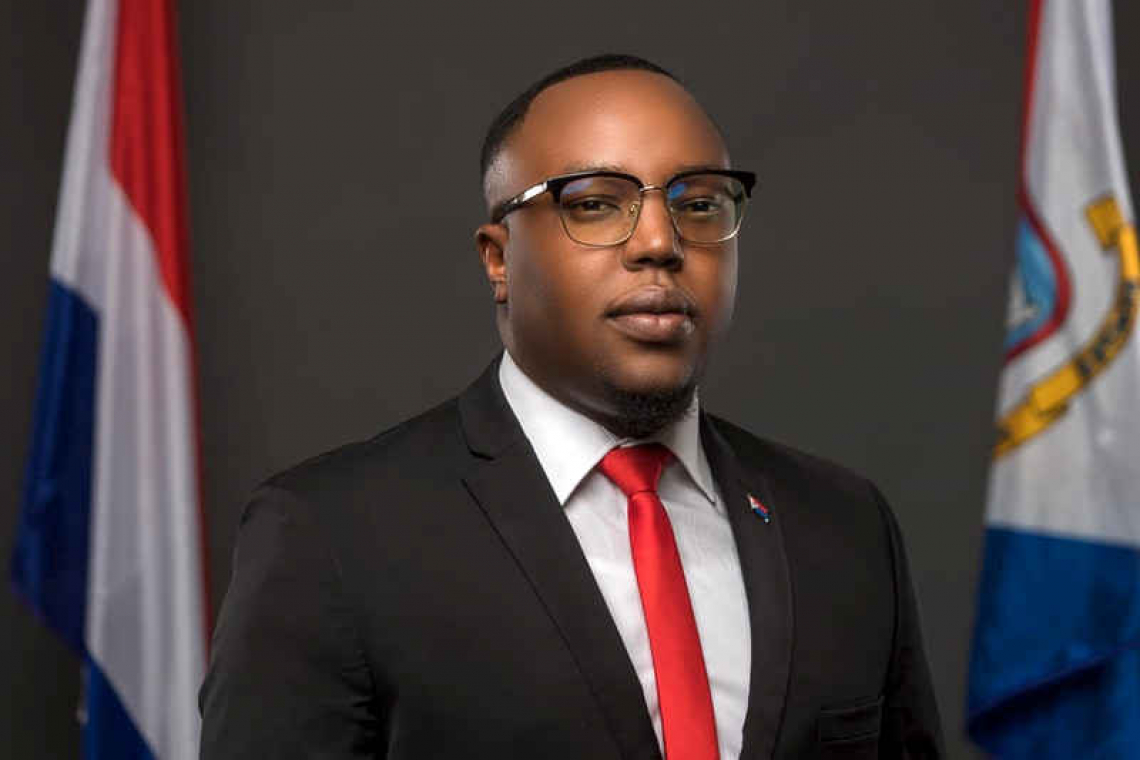 PHILIPSBURG–Minister of Public Housing, Environment, Spatial Planning, and Infrastructure VROMI Egbert Doran does not share the position of the Ombudsman that the Solid Waste Collection 2021-2026 tendering and awarding process was neither fair nor transparent. According to Doran, “the report of the Ombudsman was incomplete in details and therefore affecting the conclusions and outcome.”

The VROMI Ministry was presented earlier this week with the final report of the systemic investigation on the Solid Waste Collection Tender (SWC) (2021-2026), which concludes the investigation by the Ombudsman. The systemic investigation was started when two bidders that participated in the SWC tender filed official complaints at the office of the Ombudsman concerning the outcome of that tender.
Doran is of the opinion that his ministry has provided the documentation requested by the Ombudsman, as well as additional documentation, and that it has therefore complied with the Ombudsman’s investigation.
“During the process of the systemic investigation, the ministry provided feedback along with additional information beyond what was requested, to ensure a complete and thorough investigation,” Doran said. “For several months during the investigation, a multitude of documents and correspondences was shared between the ministry and the Ombudsman’s office.”
Doran noted the ministry had invited the Ombudsman and staff members to discuss and received clarity into the many documents in multiple boxes that were submitted by the ministry. “Although the invitation was declined by the Ombudsman, the ministry thereafter suggested providing in-person feedback on the documents, but this offer was also declined by the Ombudsman.”
He remarked that, “It is unfortunate to now read that the Ombudsman finds that the minister refused to provide certain information, while many attempts were made at doing just that.”
During the systemic investigation, the Department of Infrastructure, cabinet, the acting secretary-general and VROMI Minister were invited to meetings at the Ombudsman’s office, Doran said. “These meetings took place in the format of an interrogation and were attended by all invited, whereby answers to the questions posed by the Ombudsman and colleagues were provided.”
He denounced that the Ombudsman had recorded these meetings but had refused to allow the invited persons to also record the meetings.
“Requests for copies of the recordings after the conclusion of the hearings were also not honoured, even after all persons were heard,” said Doran said. “The Ombudsman was made aware that her stance on the recording of persons, and specifically not allowing them to also record in return, is in violation of the rules set forth by other Ombudsman colleagues and offices (see
www.nationaleombudsman.nl and the report (rapport 2014/166) published by the National Ombudsman in 2014 (in the Netherlands)).”
It is also noteworthy, Doran said, “that the report of the Ombudsman includes a section on post-awarding of the SWC contracts. The ministry does not align itself with this section, as it falls completely out of the scope of the investigation as indicated by the Ombudsman.”
When an entity that has been awarded a parcel in the SWC does not live up to the expectations based on the contract in place, then the ministry should act according to clauses in the contract for enforcement, Doran stated. “Enforcement of a contract is a right afforded to a party in a contract; it does not indicate an issue with the awarding of said contract.”
The duration of contracts is known when parties enter into them. Doran said the ministry works to avoid allowing the terms of contracts to lapse, thereby allowing those who were awarded contracts under a previous tender to continue working under expired contracts.
“This puts undue pressure on the budget and it also provides those with existing contracts an added benefit of collecting funds beyond the duration of their contract. It also goes against article 47 of the ‘Comptabiliteitslandsverordening’. It was for this reason that the Department of Infrastructure was reminded that time was of the essence with preparing the necessary tasks related to executing the tendering process.”
When the then-department head asked the VROMI minister for additional manpower, he responded by providing the requested help, Doran said. “It is no secret that the Ministry of VROMI (among others) is short-staffed. The Ministry has been working diligently, within the confines of what is possible, to fill vacancies to improve services rendered. As many may know, recently a job mixer was held to recruit potential candidates, which was well attended and has provided some solid candidates for said vacancies.
“Prior to the awarding of contracts for the SWC tender, the process went through the Department of Infrastructure Section of Contracts, the Department Head of Infrastructure Management, the financial controller, the acting Secretary-General, Cabinet, Council of Ministers and was checked and verified by the governor and his cabinet.”
The Ombudsman has included the letter sent by the ministry as a response to the report in question, but the ministry has noted that the Ombudsman did not provide any feedback on said response in her final report, Doran stated.
“Despite not agreeing on the final report of the Ombudsman, it is abundantly clear that the ministry and Ombudsman share (among others) one main and similar goal: to promote good governance. A tender procedural document was prepared in December 2021, which is used within the ministry and applied to each tender. It is good to see that the Ombudsman shares this initiative of the ministry in her recommendations.
“The ministry will discuss this report internally and provide feedback to the Ombudsman on her suggestions made in her report.”