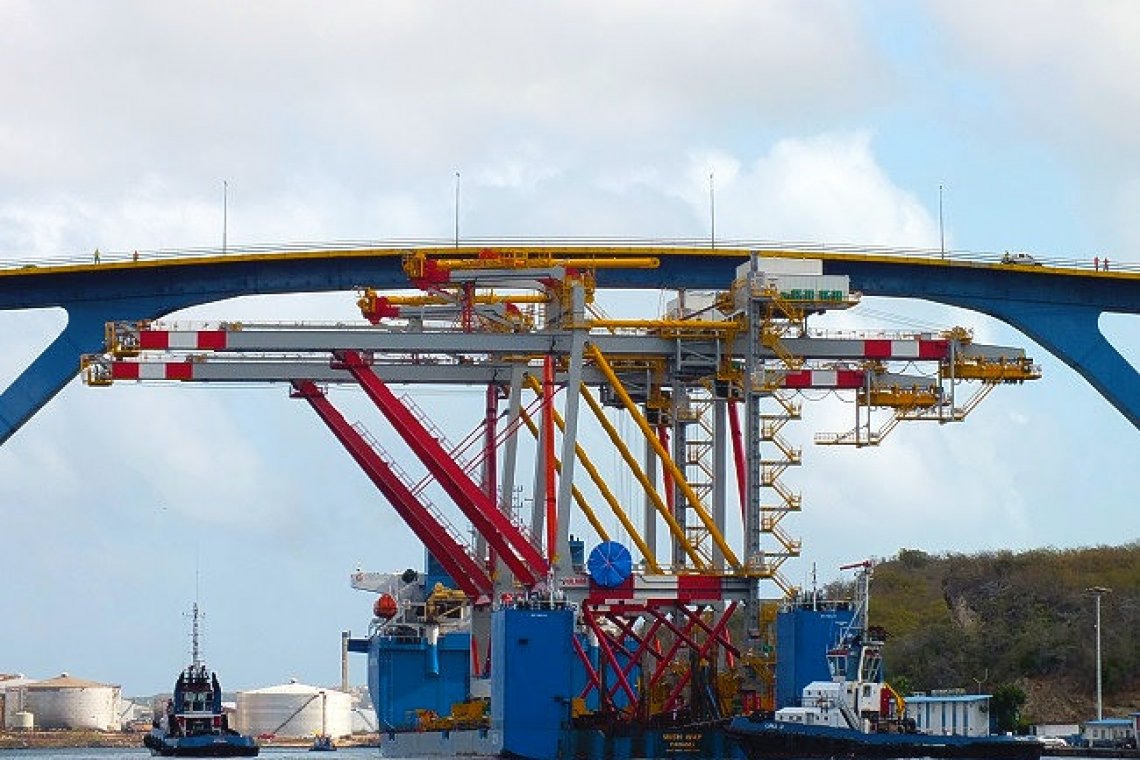 Prior to impact (photo by Martin Rode)

The 56-metre-high bridge was closed for some time for road traffic afterwards, but later opened again. Damage to the structure is reportedly not too bad, but one of the cranes was badly damaged.

The new container cranes ordered by stevedore Curaçao Port Services (CPS) were made in China and only three-quarters built-up to pass under the bridge. Their assembly would then be completed onshore. Initially, two to three months were reserved for this operation, but due to the accident, it will now take longer.

The collision was followed by thousands of witnesses on the spot and broadcast live via television. CPS had called on the public via local media to come and watch the spectacle entrance of the huge cranes.

The existing cranes are often broken and that leads to delays in the handling of perishable goods. The island had to wait three years for the much-needed replacement.

Queen was built in 1967 to connect the east and west sides of Willemstad across Anna Bay. The bridge is so high to allow heavy tankers to access the oil refinery.

During construction, the bridge collapsed due to welding faults, killing 15 workers. Many watching Sunday’s incident unfold were reminded of that tragedy.