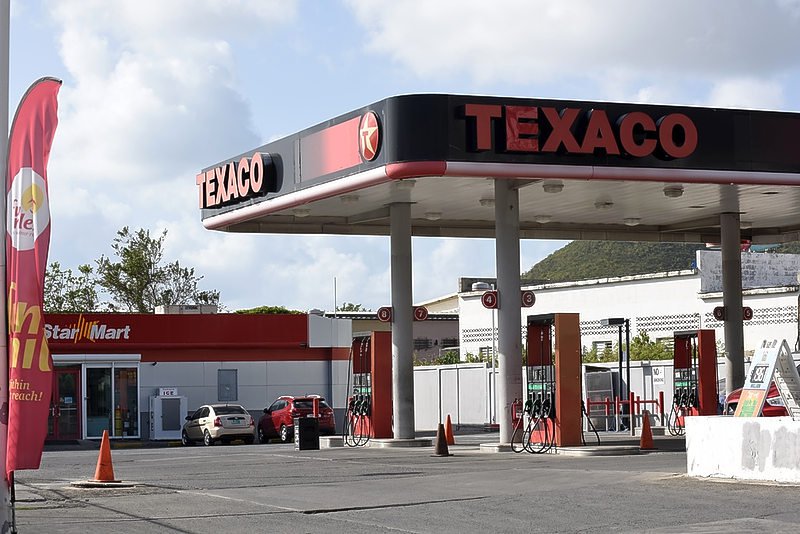 PHILIPSBURG–Police are starting to notice a trend of violent robberies taking place at several gas stations on the island. Three unknown persons robbed the Texaco gas station in Cole Bay on Thursday and the culprits managed to flee the scene.

Police have yet to release details about the robbery, but are expected to do so today, Friday. This is the second time this week that a gas station was targeted.

The Special Robbery Unit is also investigating an armed robbery that took place at the Sol gas station on Juancho Yrausquin Boulevard in Pointe Blanche at approximately 8:30am Monday, July 4.

The gas attendant left the sales booth on his way to the main office and was attacked by two unknown men who arrived on the scene on a motorcycle. The passenger stepped off the motorcycle and threatened him with a firearm. The attendant attempted to flee, but the robber took an undisclosed amount of cash belonging to the business. After committing this act the suspect fled the scene on the same motorcycle.

Police responded to a fatal shooting incident at the Sol gas station in Cole Bay around 6:30pm November 30 last year. Two robbers stormed the gas station, approached a gas attendant identified as Gerard Saulveur and demanded the cash from him. One of the robbers took the money from Saulveur and during a struggle shot him three times in the back and head. The two robbers managed to escape in a black Hyundai I20.

Just across Simpson Bay Lagoon, minutes after the shooting took place, Sol Simpson Bay also was robbed in a similar fashion by one of the bandits involved in the Cole Bay robbery. The Simpson Bay attendant cooperated and handed over the cash to the robber.

Both robbers were brought to justice recently and sentenced.

The trend of gas station robberies continues and the Special Robbery Unit is stepping up its efforts to prevent these violent crimes. Anyone who may have information regarding any robbery should immediately contact the Detective Department by calling 542-2222 ext. 213, 214 or 215, or the anonymous tip line 9300.