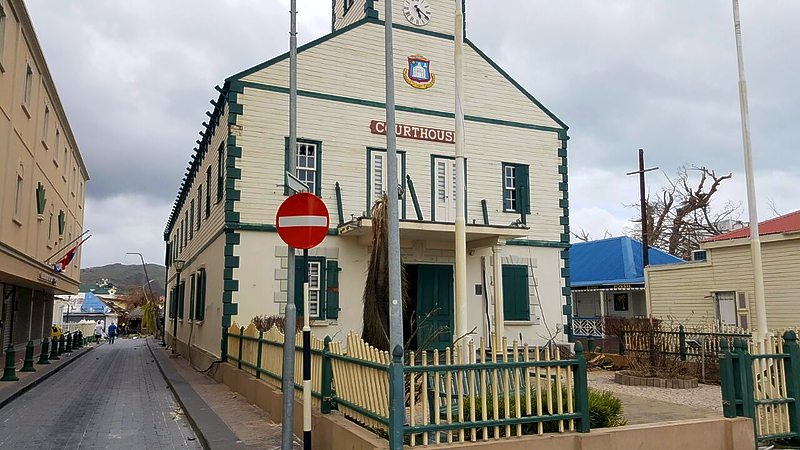 PHILIPSBURG–The Court of First Instance ruled in favour of utilities company GEBE on Wednesday in a case filed by one of its workers against her dismissal after she reached the pensionable age on October 18, 2016.
The woman in question had been employed by GEBE since January 1, 1990. She had been working as Accounts Payable Supervisor until January 1, 2017. From that time she was employed in a different position at the company, under the same labour conditions. She received her salary until the Court date.
The woman was informed by letter of January 4, 2016, that she would reach the pensionable age of 60 in 2016, which would mean that her labour agreement would be terminated, according to GEBE.
The company gave her the choice to be terminated on November 1, 2016, or on December 31, 2016. However, the woman declined to be terminated and filed an injunction against her dismissal.
The Court of First Instance ruled on December 29, 2016, that GEBE should continue paying the woman her salary because the labour agreement had not been terminated. GEBE’s position that the collective labour agreement (CLA) stipulating that a labour agreement ends when an employee reaches the pensionable age was also applicable in this case was rejected by the Court, as the woman was not a member of a labour union and not otherwise bound to the CLA.
The Secretary-General of the Ministry of Public Health, Social Development and Labour VSA, in reference to the advice of the Dismissal Advisory Committee (Ontslagcommissie), declined on March 23 to give permission for dismissal.
In the main case, which was filed on May 30 and heard by the Court on August 23, GEBE, represented by attorney-at-law Jelmer Snow, requested that the Court terminate the labour agreement without any form of compensation because the woman in question had reached the pensionable age. On behalf of the employee, attorney Valerie van der Vliet called on the Court to decline the request.
In this procedure, the Court did not consider whether GEBE’s decision to dismiss the worker was based on the CLA or otherwise, but only answered the question whether reaching the pensionable age was an “important reason” to dissolve the labour contract.
Based on two High Court rulings, the Court of First Instance arrived at the conclusion that reaching the pensionable age was a valid reason to terminate or dissolve the labour agreement and did not constitute an infringement of the ban on unequal treatment based on age.
In this light, the High Court had stated that there were advantages to using the employee’s age as an objective criterion, instead of employer and employee debating the question whether the ageing worker would still be able to properly perform his or her duties.
Secondly, the High Court pointed out that a fixed age of retirement allows younger employees to find a workplace more regularly than when it depends on older workers’ willingness to give up their jobs.
Thirdly, the High Court stated that objections to involuntary dismissal when reaching the pensionable age are compensated because the worker in question may claim a pension for which no labour is required.
GEBE stated during the hearing that also in St. Maarten the termination of labour contracts when reaching the pensionable age is common practice and has broad support.
“The case that GEBE re-employs certain workers does not affect the policy concerning the termination of existing labour agreements,” the Court stated.
Also, the fact that GEBE had failed to make this policy binding for non-CLA workers does not mean that GEBE would not be entitled to terminate a labour agreement, the Court said.
Based on the fact that in St. Maarten at large and at GEBE in particular, reaching the pensionable age is considered a valid reason for dismissal, the Court arrived at the conclusion that the woman’s contract should be terminated immediately.
Considering that the woman had received her salary, as well as a company pension and old-age pension AOV, the Court did not award any compensation.
On Friday, attorney Snow filed an official complaint with the Ombudsman against the Secretary-General’s decision of March 23 to deny GEBE’s request to terminate the labour agreement with its employee.
In the complaint, Snow pointed out that the Dismissal Advisory Committee at the time of rendering their advice consisted of two former employees and one current employee of GEBE.
“As if this is not unbalanced enough, there is evidence that the members of this Dismissal Advisory Committee were highly critical of GEBE during the meeting held and referred repeatedly to (negative) personal experiences with GEBE in the past and clearly showed a high level of being biased,” the lawyer contended.
Snow argued that employees or former employees of the employer requesting permission to lay off one of its employees should not be allowed to take part in the process as members of the Dismissal Advisory Committee. He concluded by saying the decision of the Secretary-General should also at all times be sufficiently motivated.