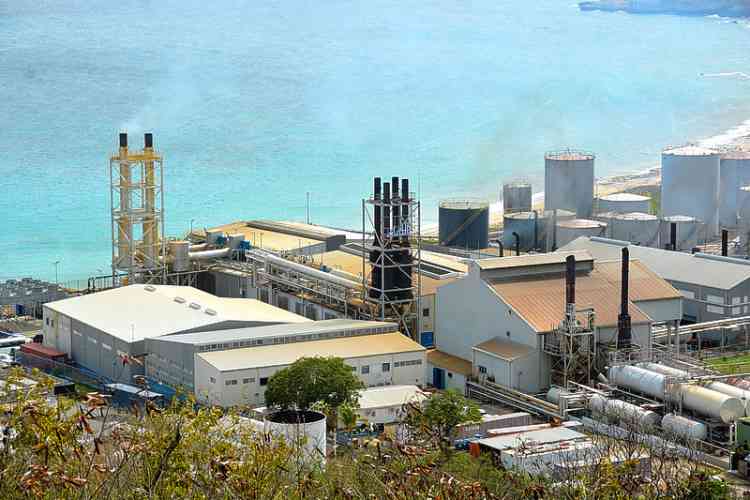 The company’s Chief Financial Officer (CFO) Iris Arrindell told Members of Parliament (MPs) during the continuation of a meeting of the Central Committee of Parliament about the status of GEBE on Thursday that the company is expected to either break even or suffer a minor loss.

“We are now busy with audit of the 2018 financial statements, so I cannot give you an update, but what I can say is that we believe that we will be somewhere near breaking even or, if we have to make a loss, it will be less than NAf. 5 million,” Arrindell said in giving an update on the company’s financial situation.

She said most of Irma’s effects would have affected the company in 2018, adding that in 2017, when the hurricane struck, the company “still made a profit.”

“We expect to have a hit, but I don’t think it will be a large one. When the financial statements get that far, I will get more clarity on that matter,” she said.

“Our company is stabilising. We still have a number of projects to carry out and the rest of the island to put underground, but all of that is in the pipeline to come,” she said. “We hope that by the end of June, we will have clarity on what projects we will be doing and how we will stand with the World Bank, but GEBE is becoming more and more stable.”

She explained that there are a number of projects that GEBE is still to execute. However, the company is still busy with the financing for these projects and hopes to receive clarity as to who will be its financier by the end of May.

“With what we are looking at, we believe that GEBE will be able to capture most of the important projects that we need to get the company up and running and set it on the right track to be a good competitor in the Caribbean,” she said.

In responding to questions posed by MPs, VROMI Minister Miklos Giterson said the company is still in the process of getting an evaluation done by the Supervisory Board to assess the managing board, which should be completed in time for when their contracts expire later this year. The managing board comprises Arrindell, Chief Executive Officer (CEO) Kenrick Chittick and Chief Operations Officer (COO) Veronica Jansen-Webster.

As it relates to streetlights, Giterson said GEBE is currently awaiting receipt of an order placed for 180 additional LED light heads. The remainder of the lighting is part of the funding request made to the World Bank.

In giving an update on the situation with the water tanks, Giterson said that because of damage to water tanks during the 2017 hurricanes, there is “an acute” water situation such as low water pressure in certain areas as well as other network issues. In an effort to remedy this, GEBE has used cash via a budget amendment to construct three tanks this year: one in Guana Bay, one in Cupecoy and another in Claude Estate.

“As a result of this acute situation, GEBE cannot wait on World Bank funding for this,” he said.

As for the company’s damaged former main building on Walter Nisbeth Road (Pondfill), Giterson said the plan is to demolish the building before the peak of the hurricane season this year. The company has sent out requests for proposals for the demolishing of the structure.

The company has also taken measures to combat the leaking of information and has outsourced its email server, which was previously managed internally. Documents that were in emails are no longer accessible to everyone.

Staffers were also notified of the consequence of leakages, in assemblies and in written notices. GEBE has also implemented “data loggers,” to track persons who access information from GEBE’s servers.

Giterson said also that GEBE plans to have a “settlement agreement” with government whereby parties settle on debts owed to each other. In the case of GEBE, it will be its concession fees owed to government. This was done in 2016, in 2018 and the intention is to do it again this year. MPs were told that in the end, GEBE will still end up owing government NAf. 2 million.

Chittick and Jansen-Webster were also in attendance at the meeting.