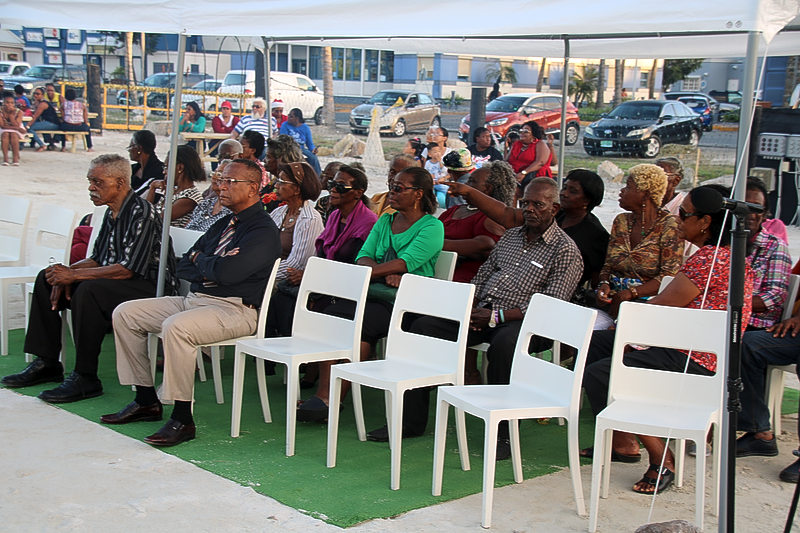 PHILIPSBURG–Utilities Company GEBE helped to spread some holiday cheer to some of the country’s seniors, when it donated a number of Christmas packages to a number of elderly persons at the opening of its Christmas Village on Ring Road on Saturday.

The village is being held on Ring Road, opposite the company’s main location on Walter Nisbeth Road.

Recently appointed Chief Financial Officer (CFO) Iris Arrindell told attendees at the event the company has a social responsibility, and it is showing this by giving back to seniors for the holidays. She said Christmas Village will feature several raffles during the week, and she urged the public to come out to the event.

Chief Executive Officer (CEO) Kenrick Chittick said it is GEBE’s pleasure to host the event. He noted that despite the challenging times over the years, GEBE still saw it fit to host Christmas Village to show customers that the company does care, and that it does have “a good heart” for St. Maarten. He thanked GEBE workers who took time off to help with the event.