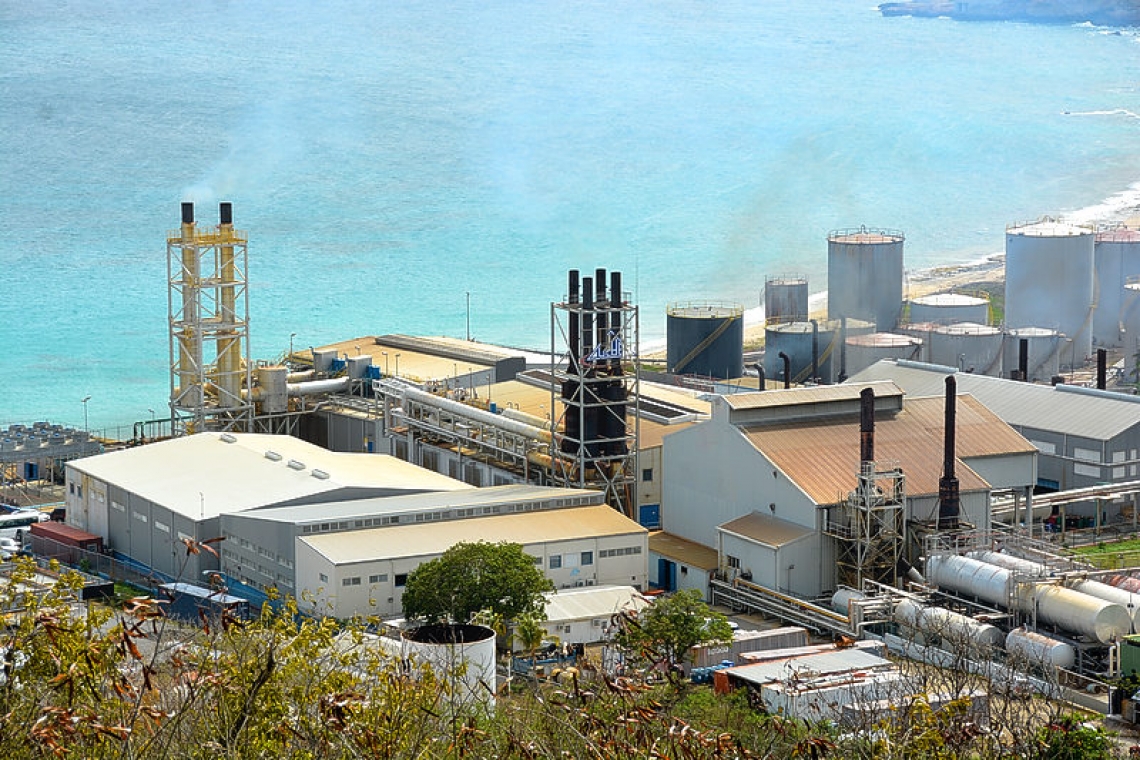 POINTE BLANCHE–Utilities company GEBE, over the weekend, assisted a resident whose home was inundated by water from a major water leak that occurred in one of the company’s main lines in the Pointe Blanche area on Friday.

The company helped the homeowner so that the home can be cleaned and made habitable again. The water leak in the Pointe Blanche area had resulted in a large volume of water spouting into the air and down the streets, causing a heavy flow of water and muddy slush to stream along the road.

In providing an update, GEBE Chief Executive Officer (CEO) Kenrick Chittick said on Sunday that the water leak had occurred after GEBE’s main supply water line leaving Pointe Blanche to the Philipsburg and Upper Prince’s Quarter areas “blew out” at a joining of one pipe to the next.

“This caused water to flood one home,” Chittick explained. “We provided assistance to the owner of the house to ensure that the house was cleaned and liveable. … The line was repaired and put back in operation on Saturday.”

GEBE’s media relations officer Paula Gordon had said in a notification to the media after the leak on Friday that the company’s water grid had been contained and residents would not be affected by the incident.