Home Local News Geerlings stays on as minister, motion to oust him rejected | THE... 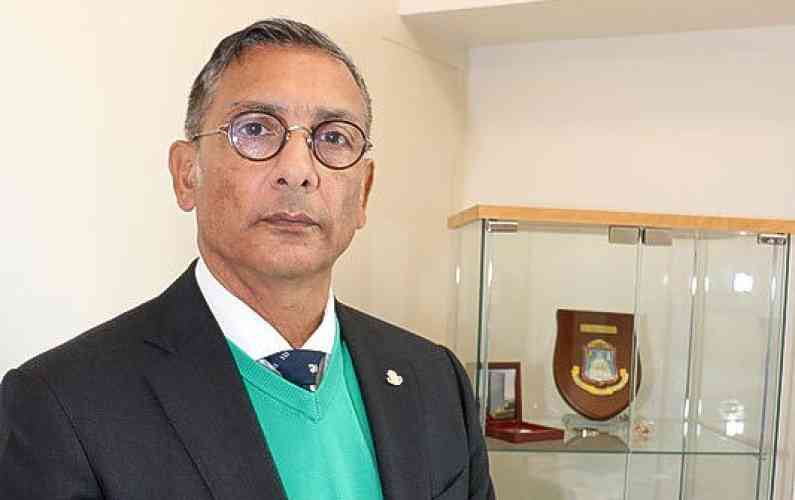 PHILIPSBURG–Perry Geerlings will stay on as Finance Minister. Members of Parliament (MPs) late Tuesday evening rejected a motion of no confidence to send him packing.

The motion, which was presented by United St. Maarten Party (US Party) MP Frans Richardson, was rejected by eight MPs voting it and seven voting to send him home. MPs voted along party lines, with those from the governing coalition rejecting the motion and those from the opposition voting in favour.

In motivating her vote, United Democrats (UD) MP Tamara Leonard said that while the process for the budget has taken long and is late, and although she is not happy with the budget, it would be irresponsible to send the minister home. On the issue of Bearing Point, she said this entity has been linked to government in the past. “There is no valid reason to send this minister home or to fire him,” Leonard said.

National Alliance (NA) MP William Marlin said that at no point had any members of Bearing Point been attached to any NA cabinet minister while it was in government and when he served as Prime Minister.

UD MP Sarah Wescot-Williams said that while the motion sought to establish that the minister continues to engage in policies that will eventually bankrupt St. Maarten and cause the island total dependency on the Netherlands, the country would already be bankrupt if it were not for the minister.

In the motion, Richardson was seeking the “immediate discharge” of Geerlings as Minister of Finance. According to the motion, Geerlings continues to engage in policies that will eventually bankrupt St. Maarten, cause the island’s total dependency on the Netherlands and further delay the rebuilding of St. Maarten.

The motion stated that the Finance Minister had compromised the integrity of his office by failing to observe the cardinal principals of good governance, as he failed to refrain from creating the appearance of a conflict of interest in a matter that involved a former member of his staff who Richardson suggested had won a bid for a project from the ministry.

The motion said that despite public statements by Geerlings regarding submitting the 2019 budget to Parliament in a timely fashion, the preparation of the budget “leaves much to be desired and has resulted in a delay of close to 10 months.”

The motion said also that the number and severity of the recommendations from the Committee of Financial Supervision CFT and from the Council of Advice further underscore the poor budgetary preparations by the Minister.

Richardson said in the motion that the minister’s devastating financial policies include continuous borrowing to pay for, in particular, government’s daily operations; the lack of investment in activities to generate more revenue for government; and the lack of policies to improve the investment climate needed to stimulate the economy, generate government revenue, create stable employment and give support and relief where necessary.

Also mentioned was the bidding process for the implementation of a new tax system for the government during which two finalists emerged, “but it appears a conflict of interest with the Minister and a former cabinet staffer/associate has led to Bearing Point being considered instead.”

“The Minister of Finance has placed the majority of the capital expenditures on revenue collection [tax collection – Ed.] and almost nothing on economic development, as is reflected in NAf 1.7 million in investments for TEATT [Tourism, Economic Affairs, Transport and Telecommunications] as opposed to NAf. 32 million in tax collection investments.”

The minister of finance has still not lived up to motions passed by MPs on May 8 that require his attention related to tax reform and an Airbnb Tax Collection agreement, the motion read. He also “wasted” much-needed capital and human resources in preparing a 2018 budget amendment that was more than 280 pages long, but was never even handled in the Central Committee of Parliament, as he brought it too late to parliament, it read.