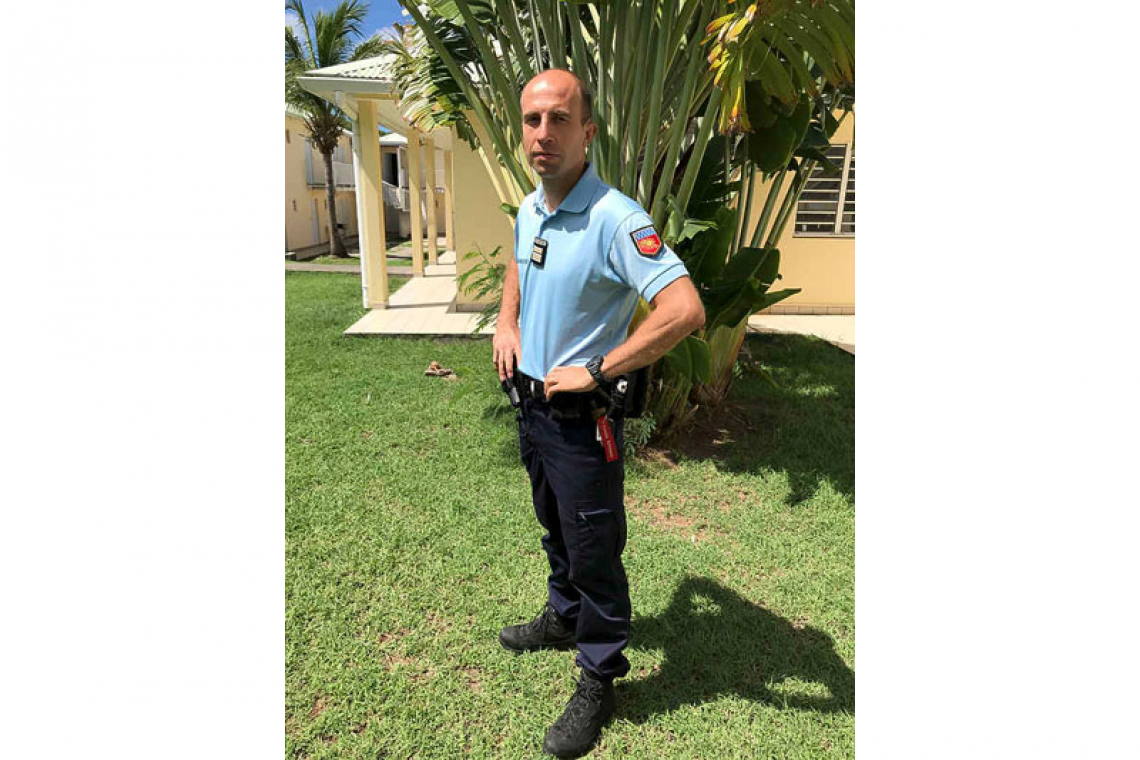 MARIGOT–Head of the Gendarmerie in St. Martin and St. Barths, Lieutenant Colonel Maxime Wintzer-Wehekind, said Wednesday he fully supports Dutch-side Minister of Justice Anna Richardson’s action to put a zero-tolerance policy in place to curb the reckless behaviour of bikers, and confirmed the Gendarmerie will take a harder line with bikers who break the law.

Richardson renewed her call on the Prosecutor’s Office to take “serious and swift action” against all reckless behaviour of bikers following the latest incident, when a four-month-old baby suffered injuries after a rock was thrown by bikers through the back window of the vehicle she was travelling in.

“That incident really crossed a red line,” said Wintzer-Wehekind, who disclosed he met with his St. Maarten Police Force KPSM counterparts on Tuesday to discuss how to tackle the issue with a joint plan, since it affects both sides of the island. Solving the issue is a particular challenge for law enforcement as bikers tend to go out in groups, and not solo.

Earlier this year in February a Gendarme was run over and seriously injured by a group of bikers traveling at high speed through the Bellevue roundabout towards the Dutch side.

“We have a lot of priorities, and when it’s a priority for the Dutch side then it’s a priority for us also,” he said. “I believe this phenomenon is part of the culture and free spirit of the island, because you don’t see it so much in the Metropole (France) or the USA. What I want is to have these rodeos taking place in a special area, in a controlled and secure way, and off the main road to keep the public out of danger. You cannot ban them (rodeos) altogether because they will just continue.

“Some of these bikers doing wheelies are very skilful and that talent should be channelled into a more positive direction, like into competitions, instead of putting fear into other road users,” he suggested. “We are going to try different methods to control and decrease this activity in a safe way that does not risk injury to Gendarmes or the biker.

“That’s the challenge for us, but young people must know they cannot do what they want and treat the public highway as a playground. It’s not a good image for tourists either. Another objective of mine is to get many more young people wearing crash helmets, and making sure they are fastened properly.”

At the KPSM meeting, improving cooperation between law enforcement on both sides of the island was discussed. 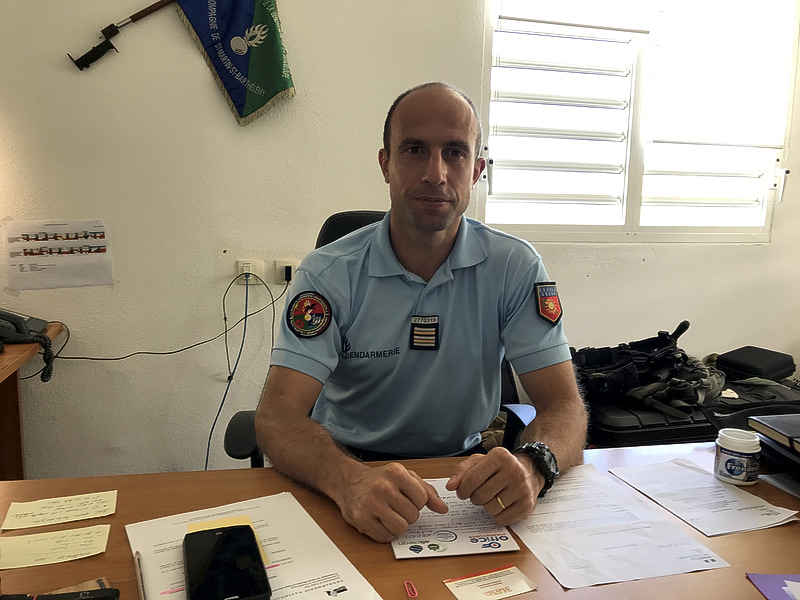 “As far as criminals are concerned, there are no borders, but when it comes to investigations there are real borders and constraints for us,” Wintzer-Wehekind disclosed. “That’s why some people don’t understand why we don’t intervene, but it’s about specific laws. Dutch St. Maarten doesn’t belong to the Schengen Agreement, so we can’t have the same interactions. It’s why we asked to have more regular cooperation and sharing of information.”

Car thefts were also discussed at the meeting. A special investigative task force on the French side previously focused solely on solving car thefts and achieved good results. All the work that was done by that unit over the past two years was shared with the Dutch side, Wintzer-Wehekind revealed.

“Cars tend to get stolen on the French side and taken to the Dutch side, where they get processed and go back into circulation a second time. Cooperating and sharing information on this subject is very important.”

As far as armed robberies are concerned, there has been a decrease in activity lately, on the French side. This has been largely due to the frequency and visibility of foot patrols by Gendarmes and Territorial Police at sensitive times.

Asked what his philosophy is on dealing with delinquency, he replied: “It can’t always be repression. For example, on the first day the Sandy Ground Bridge was closed for renovations, I was able to lower the tension by letting the motorbikes and scooters cross the bridge. We have to engage with the young people more. Very often they have good points and good questions. It’s important to listen and this is one of the jobs of Gendarmes, to interact with them on their foot patrols. They are not all delinquents. Contrary to how it is in France, young people will talk to Gendarmes.”

Now close to three months into his new posting, Wintzer-Wehekind is the highest-ranked Gendarmerie officer to be posted to St. Martin so far (predecessor Sébastien Manzoni – before Stéphane Basso’s posting – was promoted to Lt. Colonel just before his departure). Wintzer’s posting is for the standard duration of three years.

“In France you have a brigade, a company, a groupement, and then the regional version. Everything is in my hands and you can organise how you want to work. In other Gendarmeries you always have to ask your boss for the means to do this and that. Here you have more authority.”

For Wintzer-Wehekind and his wife and one daughter, it is their first time in St. Martin. And what’s not to like with the weather, the beaches and the culture?

“There are many requests for St. Martin. I was due to be posted to Guadeloupe because I wanted an overseas territory. But at the last minute I was asked in May if I would be interested in St. Martin to replace Stéphane Basso. I had just 12 hours to decide, but it was an easy decision to make,” he says with a laugh.

Born in Lyon, France, he is a graduate of the École de Guerre (War College), the prestigious training academy for senior officers of the Armed Forces and Defence Services. Before St. Martin he spent 11 years working in a counterterrorism unit in Versailles. Due to the instances of terrorism worldwide he disclosed the Gendarmerie of St. Martin and St. Barths now has a counterterrorism unit. The total complement of Gendarmes on both islands is currently 182.