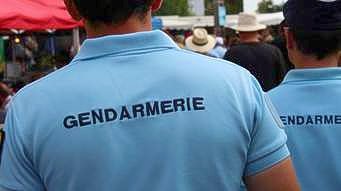 MARIGOT–Capitaine Régis Turlan Arto said Monday the Gendarmerie is awaiting the laboratory report that will positively identify the body found in the water of Baie aux Prunes on Sunday.

He added it is “probable” that the body is that of Kendrick Allen Landmark, who was reported missing from the Dutch side since Saturday.

The Gendarmerie confirmed the body was found floating in the water by Canadian tourists on a yacht sailing in the area of Baie aux Prunes who raised the alarm. Authorities indicated first examination of the body in the water clearly suggested “a criminal act.”

It was further stated in the release the victim was described as “a 43-year-old Antillean, resident of St. Maarten.”

Dutch-side authorities were informed of the discovery and an enquiry has been opened to investigate the disappearance and subsequent death of the victim. French-side detectives have also opened an investigation on their side.

Vice-Prosecutor Michaël Ohayon said Monday he “strongly believed” the body in the water was Landsmark but added at this stage of the investigation it was too early to say with certainty.

However, the Acting Police spokesman on the Dutch side issued the following release on Monday evening: “On Saturday, November 5, 2016, a family member of the now deceased Kendrick Allen Landmark came to the police station and filed a missing person report.

“Along with the patrol they drove to where Landmark had last been seen. According to witness accounts, he went missing since Friday night and the circumstances surrounding his disappearance were suspicious.

“The Forensic Department was called in to collect more information.On Sunday afternoon November 6, 2016 the Prosecutor’s Office was informed by French authorities that they had found and identified the body of the now deceased Kendrick Allen Landmark.

“As a result an immediate investigation was started. Two home searches were conducted and witnesses were questioned. The investigation will be a joint effort between the Dutch and French authorities.”