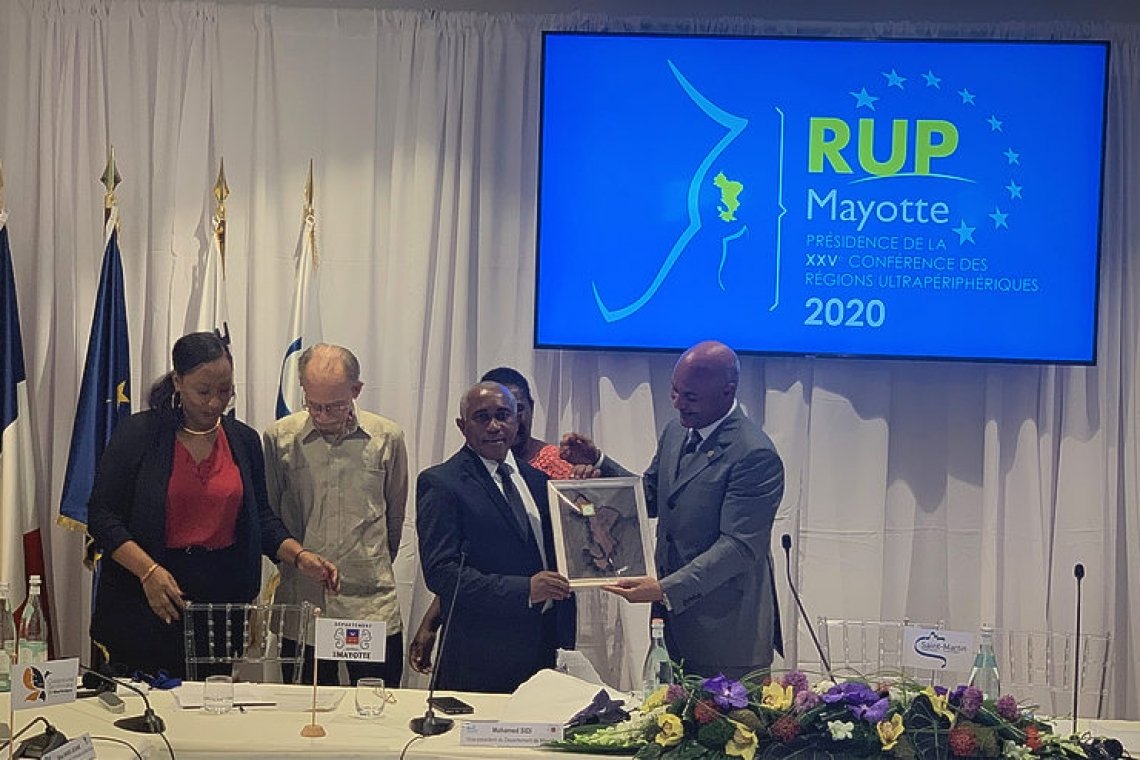 MARIGOT–President Daniel Gibbs, at his closing speech for the hand-over to the next President of the Conference of Ultra Peripheral Regions of Europe RUP, called for the Outermost Regions (ORs) to be “united, recognised and defended.”

The 24th Conference of Presidents of the nine regions ended on Friday at the Belmond La Samanna Hotel.

“While respecting our diversity between ORs and within each territory, we must be able to reconcile the need to catch up and develop our potential,” said Gibbs. “We are still lagging far behind. We must be ambitious and aim for rapid convergence with the living standards of the European Union average, and beyond. For the concepts of catching-up and convergence must not be disregarded.

“We therefore need to keep the fine French concept of real equality overseas alive and thriving at the European level. But we also have assets: human, economic and geopolitical,” he continued. “They must be valued. Let us, therefore, know how to take advantage of the opportunities within the European Union, which is our common home.

“Mayotte will now be assuming its first Presidency of the Conference of the Outermost Regions. We have a great deal of respect, esteem and affection for Mayotte, which in 2014 was the latest addition to the great Ultra Peripheral Region family – an island, a people who have long suffered, and who have also sometimes been neglected, stigmatised and scorned. I am convinced the island will continue to assert itself and continue its march toward equal rights, especially social ones.”